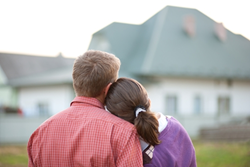 If the states do not use the funds within two years, the money is recaptured by HUD and reallocated.

The Federal Savings Bank, a Midwest based mortgage lender, is pleased to report that both Fannie Mae and Freddie Mac are finally ready to begin capitalizing the National Housing Trust Fund. Now that both firms have improved their financial position following the recession, U.S. Federal Housing Finance Agency Director Mel Watt told them to begin setting money aside for the low-income housing initiative, as Reuters reported on 12/11 . The Federal Savings Bank thinks this is great news for first-time home buyers that may qualify for help under the program, and for businesses who need financial help to build affordable housing.

Funding the program
Since its creation, the National Housing Trust Fund was supposed to be capitalized by Fannie Mae and Freddie Mac. However, the FHFA barred the agencies from supplying the fund because they were not profitable at the time, Reuters reported. The ban on funding caused the National Low Income Housing Coalition to sue the FHFA in federal court last year. The coalition unsuccessfully argued the ban violated the law created by the trust, which stated Fannie Mae and Freddie Mac must provide less than 1 percent of the value of new business to the fund, according to Bloomberg on 12/11.

Now that both firms' financials have improved, the FHFA has ordered them to begin setting aside portions of their revenues for the fund.

Decision to resume capitalization
Lawmakers had mixed reactions to the FHFA's order to Fannie Mae and Freddie Mac. Some worry it is too soon to discontinue the ban, while others applaud the decision and have argued the firms have been ready to pay into the fund for months.

"By allocating a tiny percentage of Fannie Mae and Freddie Mac's profits to these funds, we have the chance to improve the lives of millions of American children, families, people with disabilities and the elderly," said Rep. Maxine Waters, D-Ca., according to Bloomberg.

The history of the fund
Congress passed the Housing and Economic Recovery Act of 2008, which created the National Housing Trust Fund to maintain the U.S.'s inventory of safe, clean and affordable housing in low- and very-low-income areas, including housing for the homeless, according to the U.S. Department of Housing and Urban Development. The funds are meant to go to mostly rental housing, with 10 percent going toward homeownership as well.

The funds are distributed in grants to states, the District of Columbia or other territories, the NLIHC stated. The states' or territories' agencies then allocate the funds to nonprofit and private businesses to undertake housing projects. If the states do not use the funds within two years, the money is recaptured by HUD and reallocated.

Organizations can use grant money for the construction, rehabilitation, preservation of living spaces and more. Funds can even be used for down payment, closing cost and interest rate buy-down assistance.

Benefits of the fund
The National Housing Fund is unique in that it specifically targets low-income housing. According to the NLIHC, 7.1 million Americans struggle to afford safe and clean places to live. This struggle often leads to homelessness or families living in unsafe and unsanitary conditions.

To truly benefit low-income families, the fund focuses on rental property, and 75 percent of the funds for rental housing must benefit extremely low-income households. It also promotes homeownership by helping first-time home buyers with their down payment or closing costs. It may take some time to get up and running once it's funded, but the capitalization of the National Housing Fund is great news for the housing market.