The NRP Group LLC has announced that it has entered into a partnership with The Buncher Company to build a luxury multi-family apartment community on two riverfront parcels within Buncher’s Riverfront Landing in Pittsburgh’s Strip District. 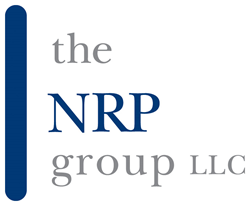 “Riverfront Landing is an outstanding example of what can happen when we work together to improve our community and embrace our shared mission to provide an upscale community for our residents,” said Pittsburgh Mayor Bill Peduto.

The NRP Group LLC has announced that it has entered into a partnership with The Buncher Company to build a luxury multi-family apartment community on two riverfront parcels within Buncher’s Riverfront Landing in Pittsburgh’s Strip District.

The deal will initially involve $100 million in additional investment into Riverfront Landing, and in the first phase, NRP Group will develop a 400-unit apartment community with numerous amenities along the Three Rivers Heritage Trail. The Development will feature a variety of studio, one-, two- and three-bedroom floor plans, including penthouse lofts and ground-floor two-story townhome style units, offering panoramic views of the downtown skyline and the Allegheny River. The Development will include integral enclosed and directly accessible parking for all residents, electric vehicle charging stations, spacious interior and exterior community gathering areas, bike and kayak storage and lockers, a resident bike shop, an enhanced river walk, and an interactive streetscape along the newly constructed Waterfront Place. Construction is expected to begin in the fall of 2015, with initial units being completed by spring of 2017.

“Residential investment in our city center is vital to attracting more businesses, economic advancement, and continued urban renewal. We are honored to have The NRP Group enter the Pittsburgh market and work with an historic Pittsburgh partner like The Buncher Company,” said Pittsburgh Mayor Bill Peduto. “Riverfront Landing is an outstanding example of what can happen when we work together to improve our community and embrace our shared mission to provide an upscale community for our residents.”

“Riverfront Landing is not only an opportunity for more people to make the City of Pittsburgh their home, but for us to contribute to a thriving Strip District neighborhood that is walking distance of the central business district, Heinz Field, PNC Park, and numerous other regional attractions,” said P. Christopher Dirr, Vice President of Development at The NRP Group. “This Development will enhance the urban experience by providing new outlets for sustained residential growth. We have searched diligently with TarquinCoRE LLC to identify the premier sites for the creation of unique, market-leading, and community enhancing multi-family properties in the greater Pittsburgh market. The NRP Group is humbled and extremely excited to be working with The Buncher Company. The Buncher Company’s Riverfront Landing is an unsurpassed development. It is the real deal. It will be world class for a world class city.”

“The Buncher Company has worked tirelessly toward completing the necessary infrastructure improvements for Riverfront Landing, including a new spine road between 11th and 21st Streets that will create multiple pad-ready sites for development along the riverfront. It is our expectation that the infrastructure work will be completed by this time next year,” said Buncher Vice President Michael Kutzer. “We are pleased that some of our objectives are finally becoming a reality. Attracting a recognized national leader in the multi-family industry to the City of Pittsburgh was critical to our implementation of the next phase of The Buncher Company’s development plan, and we are pleased to be working with The NRP Group on this project.”

About The NRP Group LLC
The NRP Group is a full-service developer, general contractor and property manager providing a broad range of services. The company has developed and constructed more than 23,000 residential units in 13 states and manages more than 100 properties in 11 states, encompassing 12,500 luxury, family and senior rental units. The NRP Group is one of the Top 10 market rate developers in the country and has been recognized as the National Association of Home Builders’ Multifamily Development Firm of the Year for 2009, 2012 and 2014. It also has been ranked number one in the Top 50 Affordable Housing Developers for 2007, 2008, 2009, 2011 and 2013-14 by Affordable Housing Finance magazine. The NRP Group has offices in Cleveland, Buffalo, San Antonio, Detroit, Phoenix, Raleigh, Tampa and Orlando. For more information, visit http://www.NRPGroup.com.

About The Buncher Company
Founded in 1949 by Jack G. Buncher, The Buncher Company and its lines of business include development and leasing of office, multi-family residential, industrial, distribution, flex and warehouse buildings, hospitality, steel fabrication, railcar maintenance and railcar parts reconditioning.