Small family-owned paint business has gone completely All-American and still be all-natural and earth-friendly. They remain "Naturally Green in the Color of Your Choice." 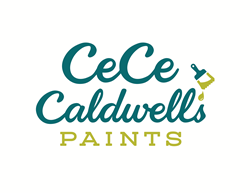 Founder and CEO of CeCe Caldwell’s Paints, Donna Scruggs Schultz, has announced that the company will begin producing and shipping paint and finishes made from natural materials sourced, manufactured and formulated in the United States.

The switch means that CeCe Caldwell’s Natural Chalk + Clay Paints is the only major line within the highly competitive ready-to-use furniture paint manufacturing industry that can truly make that claim.

Completely “Made in America” is something Schultz had always planned for the three-year-old company, which she owns with her husband, Eric Schultz, a combat wounded U.S. Army veteran. Developing U.S. supply sources became a diligent two-year pursuit for Schultz after she learned that one of CeCe Caldwell’s previous raw materials suppliers had actually been importing the materials from Germany.

“I’m very proud of our company and what we have been able to achieve to become a truly `All-American Paint Company,’” said Schultz.

In announcing the all-American resourced operation - which also uses recycled plastic paint cans and labels made from recycled paper – CeCe Caldwell’s is introducing a number of exciting new products, including additional on-trend paint colors, a new natural Stain & Finish product, and a revolutionary water-resistant natural finish product that will make sealing a project a simple pursuit for both home decorators and paint professionals.

CeCe Caldwell’s was founded more than three years ago when Schultz, a longtime decorative furniture painter, wanted to find a paint that she could safely use while pursuing her hobby around her newborn grandson. She began researching and using various types of paint and eventually created her own formula that provides great adhesion while being natural, non-toxic, non-carcinogenic, and containing no volatile organic compounds (VOC’s), mutagens, or solvents. All the ingredients are pronounceable and are listed on the containers.

The hobby of paint creation evolved into a business when friends, retailers and others began requesting the products for their own use and sale.

CeCe Caldwell’s “Made in America” announcement and the rollout of new products are being accompanied by an aggressive branding and advertising strategy, which includes an improved website, and social media and national print advertising campaign. The campaign is designed to unify and serve the company’s 200-plus retailers with stores across the U.S. and Canada.

CeCe Caldwell’s is also a proud to be a distinguished exhibitor in the heavily-juried Made In America section of AmericasMart at the Atlanta International Gift & Home Furnishings Market beginning Thursday, July 10, 2014.

“It’s been so fun, hectic and challenging working on the development of all this simultaneously,” said Schultz. “The company has become like a family of distributors and retailers as we’ve met challenges and grown together and we feel we are poised for a very bright future together.”