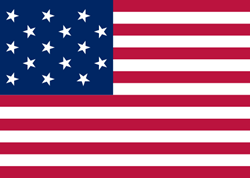 There’s also a Rick Steves fellow traveller feel to the Diaries – notes about our president tending horses and his comments on landscapes: it’s a different side of George.

“George Washington and the US Republic,” opened Bryan W. Brickner, “coincided time-wise with Napoleon and the First French Republic: other than that, it was all different.”

In Ew Publishing’s October mini-series, Whiskey 220: Rebellion, Representation and Washington, hosted on the Bryan William Brickner Blog, the 1794 successful conclusion to a domestic insurrection is honored. Utilizing quotes and impressions from President George Washington’s Diaries (Library of Congress), the post offers insights to the workings of constitutional representation during the 1794 Whiskey Rebellion in western Pennsylvania.

“The French Republic began differently than ours,” Brickner offered. “The Storming of the Bastille in 1789 sowed the seeds for the guillotine and the Reign of Terror, which stopped in July 1794.”

“The US Republic had a much milder 1794,” continued Brickner, “as our situation concerned a federal whiskey tax. Citizens were making hooch (many former revolutionaries) in the hills of western Pennsylvania and they resisted the tax; first with not paying it, then they accosted a Federal tax collector, then they took up arms.”

“On his journey west President Washington kept notes,” Brickner noted, “so they give one a look into the ongoing political and military developments.”

“And it’s not all politics,” closed Brickner, “as there’s also a Rick Steves fellow traveller feel to the Diaries – notes about our president tending horses and his comments on landscapes: it’s a different side of George.”

Brickner has a 1997 political science doctorate from Purdue University and is the author of several political theory books, to include: The Promise Keepers (1999), Article the first (2006), and The Book of the Is (2013). The Bryan William Brickner Blog is an ongoing resource for the political science of constitutions and the biological science of receptors.