Closure, a character-driven novel of suspense, will be published in hardcover in Spring 2016. 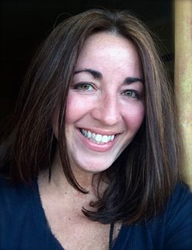 It isn’t every day that you get to add a writer of Tanya’s calibre to your roster, and we couldn’t be more excited.

Tanya Anne Crosby, the New York Times bestselling author of the Highland Brides series and the Aldridge Sisters novels, has signed with The Story Plant, the Stamford, CT-based independent fiction publisher, to publish her novel-in-progress, Closure. The novel tells the story of a woman returning to her childhood home to deal with the life-changing tragedy that took place there, and the mysterious events that propel her life in the present. The Story Plant will publish the book in hardcover and digital formats in the spring of 2016.

“I’ve known and admired Tanya since our days together at Avon Books, and I am thrilled to be able to bring her to the Story Plant list,” said Lou Aronica, President and Publisher of The Story Plant. “It isn’t every day that you get to add a writer of Tanya’s calibre to your roster, and we couldn’t be more excited. Closure is an extremely ambitious novel that is going to be both suspenseful and deeply emotionally engaging. I think Tanya’s current readers are going to love it and that it’s going to open her to an even broader readership.”

“Working closely with Lou has been a longtime wish for me,” adds Tanya. “I couldn’t be more thrilled to finally get the chance to do so, particularly with a book of this scope .”

Tanya Anne Crosby is the New York Times and USA Today bestselling author of more than twenty novels. Best known for stories charged with emotion and humor and filled with flawed characters, she has written for Kensington, Harlequin, and Avon Books/Harper Collins, where her fifth book launched the Avon Romantic Treasures line. Her novels have all garnered reader praise and glowing critical reviews.

The Story Plant publishes a wide range of fiction. It launched in 2008 and has been undergoing a dramatic period of expansion the past two years. More than thirty-five percent of the novels The Story Plant has published have gone on to become national bestsellers.