Genuitec Announces the Release of MyEclipse 2015, the IDE Built for the Modern Web 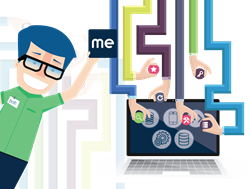 We’re excited to provide developers with the right combination of Mobile tools for rapid cross-platform creation, testing, and deployment, of their mobile applications

Genuitec also recognizes the continuously changing web landscape as a space that no longer consists solely of jQuery and one in which web services, particularly REST, connect application users to the cloud. MyEclipse 2015 provides support for Tern.js, Angular JS and other key frameworks for the creation of beautiful UIs. It facilitates REST usage with a seamless explorer allowing for experimentation with popular web services such as Facebook, LinkedIn, Twitter, Tumblr, Google, Location Services, etc.

With hybrid mobile applications making up approximately 50% of all mobile apps, MyEclipse 2015 does not stop at enhancements for web technologies. By supporting Adobe PhoneGap 3.6.3, JQuery Mobile templates, local and remote builds, and form-based configuration editors, MyEclipse 2015 ensures that an application works across multiple device types, without the need for specialized development for each platform. Once an app is ready to be tested, developers are even able to install and debug apps on devices using Genuitec’s GapDebug.

“We’re excited to provide developers with the right combination of Mobile tools for rapid cross-platform creation, testing, and deployment, of their mobile applications,” stated Brian Fernandes, product manager for MyEclipse at Genuitec. “By utilizing MyEclipse 2015 mobile templates and the Adobe PhoneGap Build service integration, developers can build iOS, and Android mobile apps without the need for a Mac. MyEclipse 2015 is a must have for today’s Eclipse developer.”

To purchase MyEclipse 2015 and learn more about all of the exciting features MyEclipse 2015 has to offer, including improved usability and upgraded backend servers visit: https://www.genuitec.com/products/myeclipse/features/me2015/.

Questions? Genuitec's lead developers will be online ready to answer your most burning questions about MyEclipse 2015 during a live Twitter Chat, Wednesday Jan. 21st, 9 am US/Central / 4pm Germany. #GenuitecChat

Started in 1997 and counting over 16,000 companies in 191 countries as customers, Genuitec is a leader in the Eclipse open source community. As a founding member of the Eclipse Foundation, Genuitec has actively participated in strategy, development, and direction for the organization.

Today, Genuitec supports one of the largest developer communities for commercial Eclipse tools. Customers benefit from Genuitec’s ongoing commitment to open standards and to the continual enhancement of the MyEclipse, Secure Delivery Center, and Mobile Tools product families with unique innovations and low subscription pricing.