It explains how recent amendments to the Singapore-UAE Avoidance of Double Taxation Agreement will translate to more savings for UAE tax residents when they fund Singapore companies. 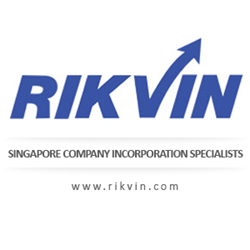 With the recent signing of the protocol to amend and improve the Singapore-UAE Avoidance of Double Taxation Agreement (DTA), a longer threshold period to ascertain the presence of a permanent establishment, and lower withholding tax rates for dividends and interest incomes, are now in place between the two countries. To explain these and other amended positions of the Agreement, Rikvin – a Singapore based work visa and company registration consultancy, has published a detailed guide on the subject.

“As noted in our guide, the amendments to the Agreement include changes in the definition of permanent establishments (PEs) and royalties; tax charged on profits of associated enterprises; taxable dividend and interest paid by tax-resident companies of either countries; as well as deletion of limitation of relief clause,” said Christine Lim, General Manager at Rikvin, while adding, “Whereas the clause on elimination of double taxation remains the same as the original Agreement.”

Notably, the original agreement between the two countries came into force on August 30, 1996, and was aimed at avoidance of double taxation and prevention of fiscal evasion with respect to taxes on income.

Explaining the impact of the amendments, Lim noted, “A service PE between the two countries will be deemed constituted if such activities continue for a period of more than 300 days in a calender year concerned. This increased time threshold [earlier it was six months] means that UAE tax residents performing services in Singapore can benefit from less Singapore taxes. Also, now onwards, qualifying income of a tax resident of a contracting state [can be either Singapore or UAE] derived from the performance of professional services or other independent activities of a similar character shall be taxable only in that state.”

Similar clause [taxable only in the receiving jurisdiction] is applicable now to tax payable on interest payments as well, which may include income from government securities, bonds or debentures.

“Another advantage of the amendments is with regards to interest withholding tax. The protocol restricts this tax to zero percent, which was seven percent earlier. This means that UAE tax residents investing in Singapore companies can now do so via debt without being taxed in the city-state through interest withholding tax,” added Lim.

“Finally, companies can benefit from Singapore's foreign tax credit (FTC) scheme, which allows a Singapore-registered company to claim credit for taxes paid in the UAE, via double tax relief,” she concluded.

Established in 1998, Rikvin has partnered with thousands of investors, entrepreneurs and professionals who want to work or do business in Singapore. Rikvin’s areas of expertise include company Singapore company registration, accounting, taxation and other related corporate services. Rikvin is also a licensed employment agency and offers a full spectrum of Singapore work visa services for professionals who wish to relocate to Singapore.