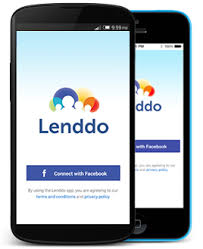 "We are pleased to be working with Lenddo’s cutting edge platform to confirm identity and extend credit," said John Rubio, CEO of Banko, an early Lenddo institutional client.

After years of lending in multi-markets to train algorithms and perfect the technology, Lenddo announced the technology is now ready to be used by financial institutions anywhere in the world.

“Lenddo seeks to improve the lives of millions of people in emerging markets by using alternative data to access local financial services,” said Founder and CEO, Jeff Stewart. “As of today, any company in the world can start serving this potential market efficiently, without the challenges of identity and risk management associated with thin file customers.”

“Lenddo’s credit scoring algorithms are built on top of the massive amounts of opt-in alternative data such as Facebook and Linkedin. The algorithms are self-learning and constantly incorporate new data to maximize predictive power, prevent fraud and bad debt contagion.” said Stewart.

The Financial services industry is going through a rapid transformation as a result of changes in smartphone adoption, social network use, new technology capabilities and customer expectations. Lenddo hopes to accelerate change for the benefit of consumers, by making the Lenddo platform available for any institution.

“We are pleased to be working with Lenddo’s cutting edge platform to confirm identity and extend credit" said John Rubio, CEO of Banko, an early Lenddo client. “The real benefit will be to consumers who have historically been underserved in many emerging markets.”

Lenddo's vision is to help create an economically empowered and thriving middle class in developing countries around the world. Its investors include include Accel Partners, Blumberg Capital, Omidyar Network, iNovia Capital and Globe Telecom’s Kickstart Ventures. Lenddo was honored as a 2014 Technology Pioneer by the World Economic Forum.