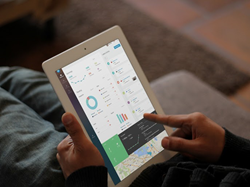 Rather than flagging on keywords, which can’t pick up on subtle nuances, Securly's algorithms determine the underlying sentiments and emotions behind students’ online comments.

After the completion of a successful Kickstarter project during National Bullying Prevention Month in October, Securly will make this technology available for schools and parents to protect the hundreds of thousands of students it serves around the globe. This initiative gained the support of groups like the Tyler Clementi Foundation, a non-profit organization – which partnered with pop star and outspoken anti-bullying activist Demi Lovato – dedicated to ending online and offline bullying in schools.

Securly’s Sentiment Analysis technology is the first to rely on natural language processing algorithms to determine the sentiment of students’ online posts. In the first day of launching its prototype, Securly flagged multiple troubling posts made by a student, which included the following:

“slowly i'm realizing i don’t really have a purpose here so say good bye cause fryday it’s all over <3”.

After school officials were immediately notified of these comments, they were able to take swift action and provide this student with appropriate support. There is no single keyword in the statement above that could have been used to flag the post, but the sentiment of the entire sentence when taken as a whole is clearly intensely negative. Therein lies the power in what Securly has built. Yisha Wu, a Data Scientist at Securly, explains: “We are looking for overall sentiments via 2-3 word combinations (bigrams and trigrams) that only make sense together. As we feed good and bad data to our engine, some 2-3 words combinations rise to the top and others that cause false positives drop to the bottom.”

This new offering was a natural next step for Securly given its history of innovation. After pioneering the concept of a “take-home policy”, which allows students to use social networking sites outside of school, Securly developed an industry-first feature of social post monitoring to help schools better understand how students are using sites like Facebook, Twitter, and Google+.

Matt Bilderback, Network Administrator for South Gibson School Corporation in Fort Branch, Indiana, explains that while it is certainly empowering for admins to have this level of information, it can be a challenge to proactively monitor these social posts for suspicious activity. That is precisely why he was so excited to learn that Securly worked with world-renowned data scientist Yi Zhang to create an algorithm for Sentiment Analysis. "This new offering provides schools with high-confidence alerts of suspicious activity", says Bilderback. "Rather than flagging on keywords, which can’t pick up on subtle nuances, Securly's algorithms determine the underlying sentiments and emotions behind students’ online posts. As they plan to crowdsource categorization of flagged posts, their machine will only get better and better over time."

Author’s note:
Securly takes student privacy very seriously, demonstrated by the fact that it was one of the first K-12 school service providers to sign the Student Privacy Pledge (studentprivacypledge.org), a movement which was recently given recognition by the White House and President Obama.

Additional note:
The video shown here was used for Securly's Kickstarter project, which was successfully funded on November 13, 2014.

About Securly:
Securly is the world's leading provider of cloud based security for K-12 schools. The founding team has a combined 20+ years of experience in network security. The company is a venture backed startup in Silicon Valley and serves hundreds of schools in North America, Europe and the Asia Pacific region.