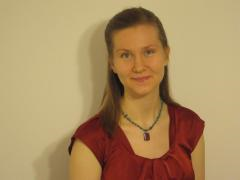 For Walker’s proposal to be genuine requires that school districts have freedom to use non-Common Core tests, period, no matter the tests’ name.

“The next important step in dismantling Common Core is to ensure schools and teachers have the freedom to choose curriculum independent of a state’s or district’s chosen standards. Such a policy corrects the most negative aspect of Common Core, which is not the imposition of a standard, but the dictating of curriculum.”

“Gov. Walker has taken a step in the right direction by refusing to fund the Common Core-aligned testing consortia ‘Smarter Balanced’ in his latest budget, but it’s simply not enough. The only way to truly remove Common Core is to repeal and replace the standards – ideally, doing both at the same time so education resources and tests don’t remain aligned with the Common Core standards. Ohio’s legislation could easily be used as a model.

“There is a real concern that a rebranding of the same standards could be taking place. This move makes me question how serious Walker is about removing Common Core. I’d expect a stronger, more convincing stance from a man bold enough to take on the teachers unions.”

“Dropping the federally funded Common Core tests is the first serious proposal Gov. Walker has made that would actually make good on some of his rhetoric. We’ll know he’s well-informed and serious about the promises he’s made to his voters that school districts shall have curricular freedom when we see that a replacement is not just another Common Core enforcement with a new name. For Walker’s proposal to be genuine requires that school districts have freedom to use non-Common Core tests, period, no matter the tests’ name. Private voucher schools should especially be loosed from state curriculum mandates with corresponding test freedom.”

The Heartland Institute is a 31-year-old national nonprofit organization headquartered in Chicago, Illinois. Its mission is to discover, develop, and promote free-market solutions to social and economic problems. For more information, visit our Web site or call 312/377-4000.