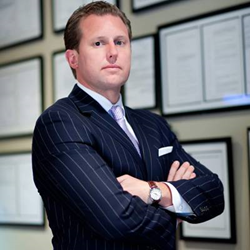 State of Texas v. B.C. DWI Harris #3 2/5/15 Cause No. 1958025
0.16 BREATH TEST - According to court documents, client was pulled over for speeding on the feeder. HPD officers administered the SFSTs at the scene. Thiessen hired expert Ray McMains who used to be a technical supervisor for DPS for 14 years. He actually wrote the black mamba software to manage all of the test results. He was able to show that the machine she was tested on was only performing at a 57% confidence interval when it was supposed to be 99.7%. The jury made the decision and sent back a Not Guilty verdict in 20 minutes demanding better forensic science for the citizens of Harris County. They sent her home to her husband, 8 year old daughter and brand new 6 week old son.

State of Texas v. R.E. DWI Tarrant #1 2/9/15 Cause No. 1363192
0.14 BLOOD TEST- According to court documents, client was pulled over in Ft. Worth after an off duty police officer observed him driving erratically on the freeway. The arresting officer followed the client from a gas station and saw him weave once. Client allegedly showed 6 clues on the HGN, the client looked ok to normal on the walk and turn and one leg stand. The jury said it was understandable how scared he was with 3 officers standing around watching him. The State did not produce the blood draw nurse. The State brought in case law that it wasn’t hearsay and they only needed the first and last person in the chain of custody. The jury came back within 25 minutes with a Not Guilty.

State of Texas v. C.C. DWI Harris #1 2/10/15 Cause No. 1963692
0.09 BLOOD TEST - According to court documents, client was found passed out on the rail road tracks by an HPD lieutenant. No video, no SFTS, the lieutenant just arrested him and took him downtown. There he performed great on the SFSTs and even consented to his blood. Client was a medical researcher and his entire career was on the line. The jury saw the lack of evidence in this case and decided on a Not Guilty verdict.

This made Thiessen’s 3rd DWI not guilty in 4 business days, a new personal record for the attorney.

State of Texas v. C.R. DWI Harris #9 2/17/15 Cause No. 1951031
0.17 BREATH TEST - Dismissed Mid-Trial. According to court documents, client was found passed out in her car and HFD had to come pry the doors open. She was given the HGN by an HPD DWI Task Force officer who has been giving the test for the past 12 years. The evidence was not to par, so the Judge sua sponte suppressed the HGN to stop my cross of him. I then went on to cross him on the walk and turn and the one leg stand. When asked about the fifteen minute waiting period and the temperature of the simulator solution, he did not know. The Judge suppressed the breath test and the State promptly dismissed the case.

About the Thiessen Law Firm
Since the Thiessen Law Firm opened their doors is July 2011, the firm has experienced tremendous success. Having already represented hundreds of DWI clients, achieved numerous dismissals, and won 18 jury trials (now 5 where the blood comes in to evidence), the Thiessen Law Firm has now expanded to include two associate attorneys, three paralegals, marketing director, process server and investigator. The Thiessen Law Firm shares the top floor of 1221 Studewood, Houston, Texas 77008 with Jed Silverman and Associates and has another lawyer's office downstairs. Additionally, Mark Thiessen has joined forces with attorney Chris Samuelson to create Samuelson Thiessen, L.L.P. which handles cases in Colorado as well.