From 'Modern Slave-holding' to 'Road to Freedom'

Road to Freedom is a short documentary about freedom of expression and thought. The featured person for the first episode of this documentary is Mohammad Ali Taheri, Persian theorist and spiritual teacher. 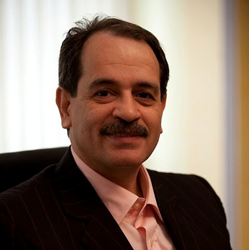 We are trying to send this message that the only road to freedom and liberation is to give ourselves the opportunity to think freely.

Road to Freedom is a short documentary about human rights violation with a special overview on Iran’s rights problem. This film, which has been written and directed by independent film makers from Iran, introduces ‘Modern Slave-holding’ as one of the social harms of today’s societies. For this reason, there are many prisoners of conscience all around the world; but some countries are more highlighted as ‘big prisons for theorists and thinkers’.

“We do not use our names for what important is the idea itself and not who speaks it. We believe that thought itself takes priority over the person, as well as what is said rather than who says it,” said the script writer. “We are trying to send this message that the only road to freedom and liberation is to give ourselves the opportunity to think freely and to support all the thinkers who attempt to think out of dominant framework of thought,” she added.

Road to Freedom in its first episode illustrates the necessity of freedom of thought and expression. According to international reports there are many people who are forbidden to follow their beliefs, basic rights and ideas. In addition to this major problem, this documentary introduces Mohammad Ali Taheri, Persian theorist and scholar who has been awarded various scientific medals, and presents his theories and teaching as one of the banned ideologies in Iran.