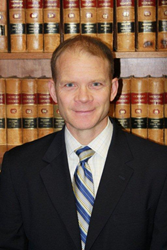 While this particular case was successful in reimbursing the United States for more than the loss to Medicare, nationwide estimates indicate that the government recovers only 10 cents of each dollar taken by fraud.

Two West Michigan health care providers have agreed to repay the federal government $1 million to settle allegations of Medicare fraud that date back to 2009.

"The allegations of Medicare fraud, according to court documents, were brought by three employees of the OCMCF after observing what they saw were improprieties in the services provided by Agility Health, which was offering rehabilitation services to Medicare patients at the OCMCF," said Rossi. "The alleged incidents occurred between January 2009 and December 2013."

Court records indicate the employees alleged that Agility began providing therapy pursuant to a contract with Oceana, with the company pressuring its own employees and Oceana’s staff to ramp up the levels of therapy provided to Medicare patients at the facility. Assigning patients to more hours of therapy resulted in more money paid by Medicare to Oceana and Agility.

Patients were assigned high levels of therapy even when their medical condition made it impossible for them to complete the hours of treatment needed, according to court documents, . This resulted in staff visiting the patients several times a day to pressure them to take part in therapy even though they had medical issues that made it painful or impossible to complete.

The three employees who reported the allegations will receive about $200,000 for their role in exposing the company’s misconduct, Rossi said.

“The combination of brave relators, a persistent and dedicated investigation by the U.S. Attorney’s Office, and ultimately the cooperation of Agility and Oceana in identifying and fixing the problems that led to the lawsuit are a model for addressing the billions of dollars lost to false claims by Medicare and Medicaid,” Rossi said. “While this particular case was successful in reimbursing the United States for more than the loss to Medicare, nationwide estimates indicate that the government recovers only 10 cents of each dollar taken by fraud. The majority of that money is recovered via False Claims Act actions like this one.”

The lawsuit, known as a qui tam action, was filed in U.S. District Court in Grand Rapids under the federal False Claims Act and the Michigan Medicare False Claims Act, which allows whistleblowers to sue companies on behalf of the United States and receive a share of any funds that are recovered, Rossi said.

Drew Cooper and Anding, a firm specializing in Medicare fraud cases, worked with the New York City-based legal firm Levy Konigsberg LLP in representing the whistleblowers in the case.