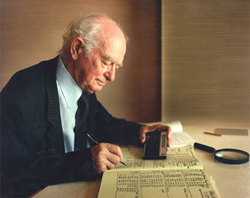 The Vitamin C Foundation Approved® sodium ascorbate (Cathcart's) formulation is amazing. Again, I was shocked at how superior it was compared to the other vitamin C powder I was using. Patients noticed it; I noticed it…pretty incredible.

With the recent price jump in sterilized vitamin C for injection, the Vitamin C Foundation shares that the sharp increase may be better for patients in the long term. Doctors who utilize intravenous vitamin C therapy will be spurred to seek out lower-cost options that may work even better.

“Prices have more than quadrupled overnight,” says Vitamin C Foundation founder and CEO Owen Fonorow. Factors that have contributed to the price increase include the cost of ingredients, new regulations and restrictions, cost of sterilization and insurance, loss of economy of scale by manufacturers, and increased demand. These changes make it unlikely that pharmacies will be able to offer vitamin C injections at a lower cost in the future.

Intravenous vitamin C (IV/C) is widely used in the treatment of cancer, but it is often an out-of-pocket expense for patients, meaning that even small price increases have serious ramifications. The Vitamin C Foundation believes that doctors will then be motivated to look for lower-cost options and may return to the ways of the early pioneers of vitamin C therapy, which could be a blessing in disguise.

Vitamin C pioneers, such as Fredrick Klenner, MD, Robert Cathcart III, MD, would mix the vitamin for infusion just prior to the intravenous administration, keeping the vitamin fresh. Their methods may be vastly more potent than today’s commercial vials, where the vitamin C is in solution for long periods on the shelf. The results of the early pioneers using vitamin C intravenously were so profound that two-time Nobel Laureate Linus Pauling began championing the cause of vitamin C.

For strictly legal reasons, most doctors have preferred to purchase sterile solutions from national pharmaceutical companies rather than mixing the vitamin C with stock solution shortly prior to use. According to the world expert, the late Robert Cathcart III, MD, the sterility of the stock solution did not worry him “because sodium ascorbate in solution is very bactericidal.” Therefore, there is nothing better than vitamin C itself to sterilize the mixture. More than 14,000 patients from around the world received their intravenous vitamin C from Dr. Cathcart.

“Safety has never been an issue with intravenous vitamin C, even at dosages as high as 200 grams,” says Fonorow. “The new regulations must have more to do with protecting pharmaceutical interests than the public health.”

By mixing prior to infusion, the resulting vitamin C solution is stronger, whereas the Foundation has estimated that the premixed commercial vials of vitamin C for injection may lose 50% potency on the shelf. Even a compounding pharmacist’s solution will experience a loss in potency.

Another problem is that the commercial firms offer the premixed products in vials for injection marked “ascorbic acid.” This mislabeling can be confusing, especially for doctors new to IV/C therapy, because these labels imply that ascorbic acid can be used intravenously. If the company is responsible, these products labeled ascorbic acid for injection are buffered in accordance with the United States Pharmacopeia, but they are still premixed, allowing the ascorbate to rapidly break down by at least 50% in 4 hours.

“The Vitamin C Foundation Approved® sodium ascorbate (Cathcart's) formulation is amazing. Again, I was shocked at how superior it was compared to the other vitamin C powder I was using. Patients noticed it; I noticed it…pretty incredible.” - Daniel C. K., MD, Boston MA

The DSM QUALI-C® (Cathcart's) sodium ascorbate powder approved by the Foundation is less than $50 for 250 grams, versus the $100 dollars from a compounding pharmacist, and $375 for the equivalent in standard vials.

For more information on the preparation and use of intravenous vitamin C, please view this tutorial video or read this document.

Visit our forum conversation on this topic.

About The Vitamin C Foundation
The Vitamin C Foundation is a nonprofit, charitable corporation devoted to preserving the vital knowledge about ascorbic acid and its role in life and use in medicine. Headquartered in Illinois, the Foundation is dedicated to the memory of Linus C. Pauling. The organization has been assigned the IRS tax-exempt 501(c)(3) designation and its activities are funded by charitable contributions.

QUALI-C® is a registered trademark of DSM Nutritional Products.