Any device with a browser can now display a Linux or Unix desktop. 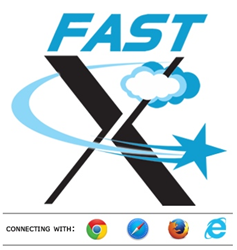 “For 30+ years users were dependent on client applications to connect to their remote UNIX or Linux servers. FastX now gives you the freedom to connect from any device with Firefox, Chrome, Internet Explorer, Safari or other common browser."

“For 30+ years users were dependent on client applications to connect to their remote UNIX or Linux servers. FastX now gives users the freedom of the cloud to connect from any device with Firefox, Chrome, Internet Explorer, Safari or other common browser already installed. No client software or plug-in are needed. The browser has become our client. Working on a remote Linux desktop has never been simpler or faster,” said Steven Schoch, StarNet Co-Founder and Chief Executive Officer.

Cloud-based access to Linux and Unix servers mean users can now also use browsers on iPads, smart phones, large screen SmartTVs and other devices that have browsers, to connect to their remote Linux or Unix applications. “Outside the office, you often don’t have immediate access to a device with a PC X server installed. But most people carry tablets and smart phones. Now they can check in on their Linux sessions using those devices as well,” Schoch said. “FastX vastly expands the range of devices for accessing Linux and Unix application hosts.”

Connecting to a remote Linux desktop is as simple as typing in the name or IP address of the Linux system on which the FastX Server is installed. This will display the FastX log-in screen and subsequently lists the sessions the user has running on various Linux or Unix servers. With one click the user connects to the desired session.

Besides the browser, FastX also comes with a client that can be downloaded from the FastX Server. During its beta test phase, several StarNet customers reported that FastX performance through the browser was faster than any other solution they have tried and they no longer need to use a client even if it is somewhat faster. “For optimum performance, the FastX client provides un-equaled speed when connecting to X Windows applications over the LAN or via VPN or other Internet connections. For many users the convenience offered by the browser outweighs the incremental speed increase of the client,” Schoch explained.

Browser access also offers great advantages to IT managers. They no longer need to install and maintain client applications on the many client PCs they manage. “Ensuring everyone is using the same client release can be a daunting IT task. Now only the FastX server needs to be updated in case of a new release,” said Schoch.

Besides the new browser functionality FastX also offers the fastest performance when connecting to Linux and Unix servers over VPN or other Internet connections. The product’s streamlined RDP-based protocol eliminates the data transmission bottleneck that has hampered the performance of band-width-heavy X11 and screen-scraper (VNC) solutions. With FastX you can now connect to Linux servers anywhere in the world and work productively.