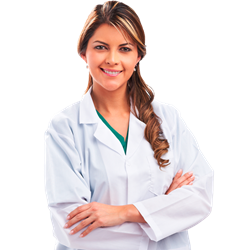 Revolutionary test for ischemia without stress

The latest clinical study on 450 patients has concluded that HeartTrends™-- a new, innovative analysis of cardiac data obtained from standard Holter monitors -- can determine with a high probability the existence of ischemic heart disease far better than the traditional exercise stress test, without exercise and with no inherent potential risk to patients. The HeartTrends test analyzes just 1 hour of heart data without the need for any special maneuvers or heart stress, making it especially advantageous for the elderly and handicapped.

The prospective study was conducted at Sheba and Shaarei Zedek Medical Centers (Israel) on 450 patients (279 males, 171 females) ranging in age from 50 to 72 and BMI from 23 to 35. Test results from both the exercise stress test and HeartTrendsTM analysis were subsequently compared to the gold standard Myocardial Perfusion Imaging (MPI SPECT) using injected dye and radiation to positively confirm the existence of significant coronary artery disease. Results showed HeartTrends positively diagnosed three times more patients with heart disease than traditional exercise stress testing on the same patients. A negative HeartTrends result essentially rules out (negative predicative value of 98%) the presence of significant coronary artery disease.

A further important outcome shows that, out of the 450 patients tested using Myocardial Perfusion Imaging, only 7% had myocardial ischemia. This expensive and potentially radioactive 4-hour test was overused and was not required in over 93% of the patients. Use of HeartTrends could drastically reduce costs and use of radionuclide dyes such as thallium and technetium. Results of the study may be viewed on the Clinical Trials website (http://www.clinicaltrials.gov).

“Now, for the first time, we have an ability to quickly detect and positively diagnose ischemic heart disease with no effort or stress on the part of the patient. More importantly, the test has the ability to reduce exposure to ionizing radiation testing involving thallium injections without sacrificing medical accuracy since less patients will be referred for advanced testing and even coronary angiography based on inaccurate exercise stress testing,” said Professor Ilan Goldenberg, MD, Director of Cardiology at the Sheba Medical Center and Director of the Israeli Association for Cardiovascular Trials.

“We believe that HeartTrends could become part of the standard annual testing checkup and without the risk or hassle of undergoing exercise stress tests to get early detection and treatment of ischemic heart disease. General health should increase immensely now that the handicapped, elderly, and obese can perform this test easily. Furthermore, reducing the number of MPI tests could immediately decrease healthcare costs,” said Michal Kahan, CEO, Lev El Diagnostics of Heart Disease Ltd.

About HeartTrends™:
A medically proven, non-invasive analysis obtained from just 1 hour of cardiac data from a standard Holter device to detect myocardial ischemia related to Coronary Artery Disease (CAD) at its early stages. This CE-cleared, HIPAA-compliant, web-based test consists of an innovative multivariate analysis that culminates in a conclusive test score. The test is inexpensive, performed in a clinic or at home, with no need for technicians or physician to be present during the test. It is envisioned to be utilized as the initial risk-free diagnostic tool for individuals both sick and healthy without known CAD disease. HeartTrends is available commercially on a server-based business model (no software or hardware license charges) throughout the world and shortly within the U.S. pending FDA approval.