Courage and integrity are necessary to stand up to the crowd say the Friends of Science new videos. One video is in English and questions why President Obama is anti-bullying on everything but climate science – the other video is in French and points out that it was the French who wrote the “rules” about Freedom of Speech during the worst recent climate crisis of the Little Ice Age. 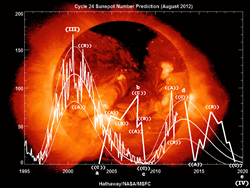 The free communication of thoughts and of opinions is one of the most precious rights of man: any citizen thus may speak, write, print freely...

In response to the 'denier' hunt on Barack Obama's website, Friends of Science Society has released two video productions promoting freedom of speech on climate change. The English version questions why people must follow the ‘religion’ of the IPCC and informs people of past witch hunts during the Little Ice Age where people were tortured and executed for ‘weather cooking.’ The video entitled "Freedom of thought" is on YouTube. youtu.be/I0TxfZZN59k

Friends of Science salute the integrity and courage of the thousands of scientists who hold informed and rational, dissenting views on the alleged climate change 'consensus' who are now being cyber attacked as “deniers” on virtually every front in the US as reported in the Washington Times Mar. 5, 2015. In a Nov. 18, 2013 article in Macleans magazine, while on tour in Australia, Canadian eco-guru David Suzuki reportedly " drew criticism for suggesting the country’s new prime minister, Tony Abbott, is guilty of negligence and “crimes against future generations” for scrapping a carbon tax..."

The second video, in French, is an on-camera rendition of an earlier blog post by Friends of Science wherein “Freedom of Speech/Liberté de parole” is the central focus, reminding people that the Declaration of the Rights of Man were developed during the brutal climate of the Little Ice Age, when famine gripped most of Europe. The YouTube video is here: youtu.be/16GJbs4U0Qg An English version of the text was published by Troy Media, Dec. 5, 2014 and the HuffPost covered the charitable foundation angle of the story Nov. 13, 2014.

Article 11 of that declaration says:"The free communication of thoughts and opinions is one of the most precious rights of man: any citizen thus may speak, write, print freely, save to respond to the abuse of this liberty, in the cases determined by the law."