The world’s premier tournament-fishing organization and California-based optics manufacturer Typhoon® have renewed their sponsorship agreement for the 2015 tournament season. 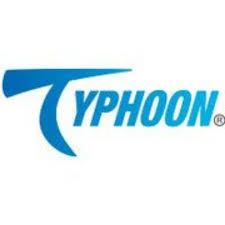 Typhoon has been a mainstay on the Walmart FLW Tour since 2012 and is represented on Tour by the top anglers in the sport.

Quality, affordable eyewear are essential for any serious tournament angler. Typhoon has demonstrated a commitment to the sport of competitive bass fishing and its sunglasses are extremely effective.

FLW, the world’s premier tournament-fishing organization, announced today that California-based optics manufacturer Typhoon® has renewed their sponsorship agreement for the 2015 tournament season. Financial terms of the agreement were not disclosed.

Typhoon has been a mainstay on the Walmart FLW Tour since 2012 and is represented on Tour by the top anglers in the sport, including two-time reigning Angler of the Year Andy Morgan, J.T. Kenney, Scott Canterbury and Wesley Strader. As part of the sponsorship agreement, the Typhoon brand will receive exposure across multiple FLW outlets, including FLW Bass Fishing magazine, tournaments and expos, website and social media outlets.

“Quality, affordable eyewear are essential for any serious tournament angler,” said Patterson Leeth, FLW Vice President of Marketing. “Typhoon has demonstrated a commitment to the sport of competitive bass fishing and its sunglasses are extremely effective. This was further evidenced at the FLW Tour opener on Lake Toho when three members of its pro staff – J.T., Scott and Wesley – finished 1-2-3 in the standings, all wearing Typhoon polarized sunglasses.”

The brand will also continue to offer tournament anglers the Wear It to Win It™ (WITWI) contingency program that awards cash prizes to top finishers who wear Typhoon sunglasses in FLW-sanctioned tournaments. In 2015, the top three finishers in the professional, boater and co-angler divisions will be eligible to receive WITWI payouts. For more information, tournament anglers are encouraged to visit typhoon.com.

“Our Wear It To Win It program had really grown since 2012,” said Typhoon CEO, Roy Burchett. “We’ve had more requests than ever before to expand the program. We’re very pleased to be an official sponsor of FLW.”

Typhoon offers a selection of 15 different styles of polarized sunglasses and 6 different lens colors, featuring their exclusive AquaView® hydrophobic, polarized lens that filters out 99.9% of reflected glare and enhances your vision while driving, fishing or boating. Each style is backed by a limited lifetime warranty that ensures that Typhoon polarized sunglasses will be the last pair that you ever have to purchase.

ABOUT FLW
FLW is the industry’s premier tournament-fishing organization, providing anglers of all skill levels the opportunity to compete for millions in prize money nationwide in 2015 over the course of 240 tournaments across five tournament circuits, four of which provide an avenue to the sport’s richest payday and most coveted championship trophy – the Forrest Wood Cup. FLW tournament fishing can be seen on the Emmy-nominated “FLW" television show and is broadcast to more than 564 million households worldwide, making it the most widely distributed weekly outdoors-sports television show in the world. For more information about FLW visit FLWFishing.com and look for FLW on Twitter, Facebook, Instagram and YouTube.