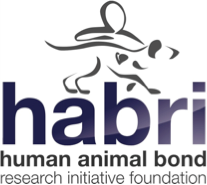 The Human Animal Bond Research Initiative (HABRI) Foundation today announced it has awarded a $42,000 grant to Purdue University to lead a first-of-its-kind, controlled scientific study to measure the effects of service dogs on post 9-11 war veterans with Post Traumatic Stress Disorder (PTSD) and/or Traumatic Brain Injury (TBI). Participants in the K9s For Warriors program, a nonprofit organization pairing war veterans with service dogs, will take part in the study.

“While numerous studies have confirmed that companion animals help reduce stress, anxiety, and depression, the U.S. Department of Veterans Affairs has cited a lack of specific scientific evidence on the effectiveness of service animals for war veterans suffering from PTSD and TBI,” said HABRI Executive Director Steven Feldman. “We are committed to addressing this gap in peer-reviewed science so that every veteran who needs a service animal can get one.”

PTSD is a prevalent and debilitating disorder that, according to the U.S. Department of Veterans Affairs, affects nearly 20 percent of post 9-11 war veterans. Typically triggered by intense events and situations, symptoms of PTSD include flashbacks, nightmares, severe anxiety, and uncontrollable thoughts.

To explore the effect of service dogs on war veterans suffering from PTSD and TBI, the Purdue-led study will monitor the health and wellness of the K9s For Warriors participants including medical, physiological, and self-perception indicators. It is hypothesized that the veterans who have service dogs will demonstrate better health and wellness compared to those receiving other treatment services while on the waitlist for a service dog.

“While there are existing PTSD treatments available for veterans, a number of them have limited effectiveness and high drop-out rates,” said Marguerite O’Haire, PhD, Purdue University. “This controlled research study will document the impact of service dogs on veterans, which may provide an effective addition to enhance current practices.”

Providing service dogs at no cost to war veterans suffering from PTSD and/or TBI as a result of military service post 9-11, K9s For Warriors is dedicated to encouraging and empowering warriors to transition back into civilian life with independence. K9s For Warriors program participants will take part in the study and will be evaluated by researchers.

“K9s For Warriors has achieved a high success rate with our program, which trains and pairs more than 70 dogs and veterans each year,” said K9s For Warriors Executive Director Rory Diamond. “We’ve seen first-hand how service dogs in our program have positively impacted dozens of war heroes and we are eager to validate our work through hard science.”

“As an active duty Navy veteran and current Naval Reserve officer, I am proud that K9s for Warriors is located in Florida’s 6th Congressional District,” said Congressman Ron DeSantis. ”The announcement of this important research will validate and ultimately help take the K9s For Warriors model to many more veterans suffering from PTSD who could benefit from a trained service dog.”

A key supporter of HABRI research projects and the K9s For Warriors program, Bayer HealthCare Animal Health is a global leader in animal health and a proud partner to K9s For Warriors, most recently implementing a donation program to enable dog-owners across the country to help give back to Iraq and Afghanistan war veterans. During the special promotion period, now through May 31, 2015, when dog owners purchase K9 Advantix II®, Bayer will donate $1 per package, up to $150,000, to K9s For Warriors*.

“Bayer believes in the power of the human-animal bond,” said David Van Brunt, Vice-President, Marketing, Bayer HealthCare Animal Health. “HABRI and Bayer’s support of K9s For Warriors demonstrates and honors the unbreakable bond between warriors and their service dogs—a unique bond that is also shared across America by all dog owners and their dogs.”

Founded in 1869 in West Lafayette, Ind., Purdue University is a major research institution known not only for science, technology, engineering, and math programs, but also for imagination, ingenuity, and innovation. Purdue University’s College of Veterinary Medicine is home to its Center for the Human-Animal Bond and hosts HABRI Central, HABRI’s online hub of more than 22,000 human-animal bond research entries.

A proud supporter of HABRI and K9s For Warriors, Bayer HealthCare Animal Health is a global leader in animal health and supports the health and well-being of animals by providing veterinarians, ranchers and pet owners with the means to help prevent and treat infectious, parasitic and chronic diseases in animals. The division provides more than 100 medicinal and care products for both companion and farm animals worldwide.

K9s For Warriors is dedicated to providing service canines to warriors suffering from PTSD or TBI as a result of military service, with a main goal to give a new leash on life to rescue dogs and military heroes and empowering warriors to return to civilian life with dignity and independence.