Today, the Law Office of Shawn A. McMillan has filed a class action lawsuit against Orange County Child Protective Services alleging that the agency has seized more than 5,000 children without obtaining warrants as required under the 4th and 14th Amendments to the United States Constitution. 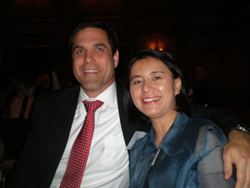 Attorney Shawn A. McMillan, of the Law Office of Shawn A. McMillan, filed a Federal Lawsuit in the Central District of California, Southern Division on April 20, 2015 (case number 8:15-cv-00626). The lawsuit alleges that the Orange County Child Protective Services Agency took a young boy from his mother’s home in the middle of the night without any justification, and without first obtaining a warrant. The Class Action complaint also alleges that as a matter of practice the agency frequently removes children from the custody of their parents without first obtaining a warrant where no emergency exists, and has done so for at least five years.

The lawsuit claims that B.R. is one of thousands of children wrongfully taken from their parents by county social workers.