Defending the Weak Is the Duty of the Strong 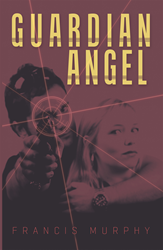 The first-person narrative approach enables readers to submerge themselves into the story.

Sex trafficking is a violation of basic human rights and impacts millions of adults and children worldwide. Imagine if there was a way to put an end to this crime once and for all.

Attention grabbing, crime thriller novel “Guardian Angel” dramatizes sex trafficking and other transnational crimes as a covert agent and his small support team fights to find, fix and finish a worldwide sex trafficking operation. With author Francis Murphy’s intelligence analyst experience in the Air Force, he brings a realistic approach to the tactics and techniques of terrorists, criminals and nation-states.

“The first-person narrative approach enables readers to submerge themselves into the story; to experience the action from the main character’s perspective and be the person who actually discovers the criminals' identities and then deals with them,” Murphy said.

This border crossing, action-packed read will surely open the eyes of readers to the serious crimes our world faces today.

About the author
Francis Murphy holds a master’s degree in international relations. For 14 years, he worked as an intelligence officer for the Air Force and 10 years as a defense contractor. Murphy has three children and three grandchildren. He and his wife currently live in Colorado Springs, Colorado.