Discovery of War Diary Tells of Two Brothers in Combat 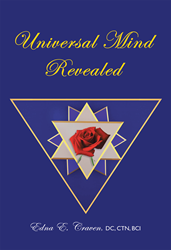 This is a story not just of the war, but also of family misfortune, emigration and brotherly love. It’s a reminder to us all that our freedom has not come easily.

When most can be deleted with the push of a button, how much history will we leave for our own ancestors to remember us by?

In addition to vividly describing battles and near death experiences from German U-boats, the journal revealed an unknown family secret; Victor had an older brother, Malcolm, who gave his life during the conflict.

Russell became obsessed unearthing as much as he could about his ancestors and their contributions to World War I. He turned to his friend and genealogy expert, Clint McInnes for help.

Together, the two scoured the diary and pieced together the unique war story of the brothers. They detailed their findings in the book, “The Baker Boys.” Containing pictures, quotes, excerpts from the actual diary, as well as little known facts about World War I, the book pays homage not only to Victor and Malcolm Baker, but to all of those who fought in "the war to end all wars."

“This is a story not just of the war, but also of family misfortune, emigration and brotherly love,” McInnes said. "It’s a reminder to us all that our freedom has not come easily and that sacrifice should be remembered and respected.”

About the Author
With a love of humanity and the human spirit, Clinton researched, wrote and complied “The Baker Boys” in remembrance of those who fell and were injured in WWI. As an author, he is a sprightly 63 years of age, with a love also of the outdoors and military history's little known facts. Clinton currently lives in Christchurch, New Zealand.