Africa 2.0 initiates Africa Freedom Day to Commemorate the End of Apartheid in South Africa and to Stand with its Citizens Against Xenophobia

Through its We Are 1ne campaign, Africa 2.0 launches Africa Freedom Day. The initiative both celebrates the end of apartheid in South Africa, while working to create awareness and a display of global unity against recent atrocities within the country connected to Xenophobia. 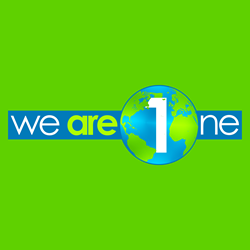 Xenophobia is a problem globally, not just in South Africa/ Our responsibility as We Are One is to raise awareness and mobilize against this challenge in the name of unity and solidarity. - Mamdou Toure, Founder and Chairman of Africa 2.0

On Monday, April 27, 2015, Africa 2.0 is unveiling their inaugural Africa Freedom Day celebration. The event commemorates South Africa's first non-racial democratic elections of 1994, thus ending over three hundred years of Apartheid, and establishing a new democratic government led by Nelson Mandela. In honor of this historic occasion, Africa 2.0 is asking citizens worldwide to stand with them against the horrific trend of Xenophobia that is sweeping through South Africa by signing a petition to be presented to the South African President and government, participating in events sponsored by your local Africa 2.0 chapter, and using your social media to participate in the #FreedomDay initiative.

On April 27th, using the social media hashtag #FreedomDay, participants are asked to display their solidarity by sharing Tweets, as well as, video and picture posts on Facebook and Instagram that answers the question, “What does freedom mean to you?” Leading up to Africa Freedom Day, there are a few ways to show support of the cause. Supporters can also sign the online petition at http://www.werafrican1st.org requesting that The Republic South Africa’s President, The Honourable Jacob Zuma, call for an urgent inquiry into all violent attacks against Non-South Africans.

"Petitions are being circulated and night vigils are being held at Constitution Hill currently in Johannesburg in hopes of illustrating how the world is willing to stand in solidarity against such heinous xenophobic attacks,” states Matsi Modise, Africa 2.0 South Africa Chapter head. "I challenge you to put your voice to action and register your signature as we stand in unity and call on President Jacob Zuma to do more,” she continues.

More than just a celebration of freedom, Africa Freedom Day recognizes the solidarity of efforts shown by all African nations to free South Africa. Africa 2.0 wants to use the celebration as a reminder to Africans globally of the power of this model of unity.

“April 27th is not just an important day for South Africa, but for Africa and Africans as a whole," explains Mamadou Toure. “Africa Freedom Day is a call to all nations to come together and celebrate our freedom, celebrate our forefathers struggle, celebrate Africanism, but most importantly to celebrate when each and every African country stood side by side and won freedom” he exclaims.

Founded by Africa 2.0 (http://Africa2point0.org), We Are 1ne continues to be a vehicle for international engagement around social and economic issues. We Are 1ne not only stands for solidarity, unity and empathy against victims of attacks across Africa, and globally, but also Ubuntu for all humankind regardless of race and religion. As the organization works to promote the emergence of a world where access to nutrition, security, healthcare, education, knowledge, and freedom is recognized as a universal right, Africa Freedom Day looks to be on par with its goals.

For information on how to get involved with Africa Freedom Day, and to stay updated with news from the continent visit Africa2point0FaceBook or http://Africa2point0.org