Abernethy Laurels, a continuing care retirement community in Newton, invites the public to a presentation titled “A North Carolina Icon Brought to Life: Sea Stories of Sailors Aboard the WWII Battleship North Carolina.” Presenter Cindy Horrell Ramsey will share her story on Thursday, May 14 at 2pm on the campus of the retirement community. http://www.abernethylaurels.org 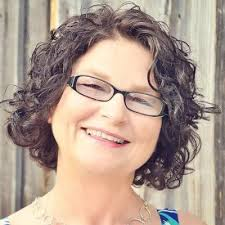 I spent six days with the guys helping with the oral history interviews. Many of them became like family.

Ramsey grew up on the Black River in Sampson County, North Carolina which is just 15 miles north of the Battleship North Carolina Memorial’s berth on Eagles Island. As a child, Ramsey contributed spare change to help bring the battleship to Wilmington. In 2001, she attended her first reunion of the North Carolina’s crew where she talked with more than 100 of the veteran sailors and Marines, in person or by phone. “I spent six days with the guys helping with the oral history interviews. Many of them became like family,” she said. That experience inspired her to write a book, Boys of the Battleship North Carolina.

The USS Battleship North Carolina is now a favorite tourist attraction in Wilmington, drawing a quarter million visitors every year. She was the most decorated American battleship of World War II, served in every major battle in the Pacific, and now stands as a memorial to all North Carolina veterans who lost their lives during that war. Though the North Carolina was a technologically advanced fighting machine, she was nothing without the crew who served aboard her. Ramsey will tell the story through the eyes of the ships enlisted crew. For some, the ship was their home for the duration of the war. For others, that ship was the last home they knew.

Ramsey holds a BA in English, and MFA in Creative Writing, both from UNC-Wilmington. She is Director of Community Enrichment at Cape Fear Community College.

This project is made possible by a grant from the North Carolina Humanities Council, a statewide nonprofit and affiliate of the National Endowment for the Humanities.

Abernethy Laurels, a not-for-profit retirement community in Newton, NC is owned and operated by United Church Homes and Services. Founded as a working ministry of United Church of Christ, Abernethy Laurels’ faith-based values are reflected today in the love and generosity that prevails among residents, volunteers and staff. For more information, visit http://www.abernethylaurels.org or call 828-465-8028.