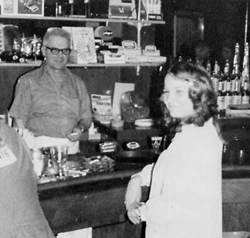 “Pizza is such an integral part of the American experience,” Steve Green, PMQ Publisher

Eighteen legendary pizzerias were recently inducted into the Pizza Hall of Fame (http://www.PizzaHallofFame.com), which celebrates America’s oldest and most beloved pizzerias.

Founded by PMQ Pizza Magazine, the pizza industry’s No. 1 trade publication, the Pizza Hall of Fame pays tribute to the rich cultural history of American pizza and honors perennially popular U.S. pizzerias that have been in business for 50 years or longer.

Conceptually, the Pizza Hall of Fame has existed for nearly 10 years, since PMQ publisher Steve Green inducted Lombardi’s Pizza in New York on November 1, 2005. The Pizza Hall of Fame website was launched last October in honor of National Pizza Month. All inductees have been featured in the “Pizza Hall of Fame” section (formerly called “Time Capsule”) of PMQ’s print magazine.

“Pizza is such an integral part of the American experience,” Green said. “We wanted to commemorate its role in our culture. Every pizzeria in the Pizza Hall of Fame—and each one that will be inducted—is a local landmark. These pizzerias are more than just restaurants—they are institutions in their communities.”