The award-winning actress is following her dreams without forgetting her roots. Cahill is raising money for a veterans organization that is near and dear to her heart. 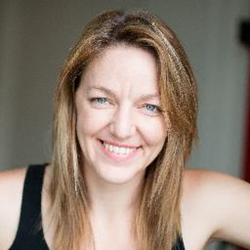 Cahill said, “My father’s honorable and faithful service lives on in me and I am committed to doing all I can to raise awareness of the ongoing issues for our veterans and active duty. "

Actress Kerry Cahill (TERMINATOR GENISYS, ZOO, HOURS) launched her first Go Fund Me campaign to support her efforts to raise money for the VET2VET program run by the Kristin Brooks Hope Center. . Cahill said, “My father left a legacy of serving our soldiers and I want to build on his legacy by continuing to support our active duty soldiers and veterans any way I can. Current research says about 22 veterans commit suicide a day and as a gold star family member I can’t express how much worse that makes me feel. I already mourn my father; now I mourn the veterans he served. ”

VET2VET Veterans Crisis Hotline is a program that 1) Trains veteran peer counselors 2) maintains a resource database for use by crisis centers to provide local services to veterans and 3) helps returning veterans navigate the VA mental health system. They receive about 35,000 calls per month from veterans and their families. “VET2VET is something that my father would support because it truly benefits veterans by making their support services easily accessible, anonymous, and it’s veterans helping veterans.” said Cahill.

Cahill’s father was the retired Chief Warrant Officer II killed in the Fort Hood shooting on November 5, 2009 when he charged the gunman with a chair. He worked at the Soldier Readiness Center and the Monroe Clinic at Fort Hood for seven years and had previously worked at the VA. After his death, the family received countless letters of support from previous patients who spoke about how Cahill’s father was an advocate for better treatment and better assistance. Cahill said, “My father’s honorable and faithful service lives on in me and I am committed to doing all I can to raise awareness of the ongoing issues for our veterans and active duty. He would often walk soldiers where they needed to go, he always asked how they were sleeping, and he understood what it meant to serve and sacrifice.”

The award-winning actress grew up in a military family in rural towns of Montana, Oregon and Texas. She studied drama at Loyola University in New Orleans, the British American Drama Academy Oxford and Queen’s University Belfast. Cahill’s film break came under the director Werner Herzog in BAD LIEUTENANT. Today, she has been cast in blockbusters such as TERMINATOR GENISYS and the new television show ZOO. For more information about Kerry please contact Tracie(at)ovationpr(dot)net or donate at http://www.gofundme.com/VET2VET4DAD