Glow Group to Serve as Host Utility for Conference Providing Insight on Coal-Handling, Boiler & Combustion and Environmental Impact at Power Plants in Asia 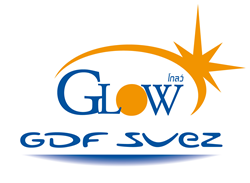 We are fortunate to have the GLOW Group back for its second consecutive year as the 2015 Host Utility.

Glow Group, a major energy player in Thailand that has a generating capacity of 3,207 MW, will be the Host Utility of the 5th Annual Asian SBC Users’ Group Conference for its second consecutive year. The conference, which will be held October 12-15, 2015, will not only keep its tradition of focusing on the economic and efficient use of sub-bituminous coal through coal-handling and boiler & combustion breakout sessions but will expand with an additional breakout dedicated to environmental impact issues. Registration is already open for participation in the 5th annual conference in Bangkok, Thailand.

The Glow Group will share the knowledge gained during its addition of the GHECO-One Plant in the Rayong Province of Malaysia and will make several presentations throughout the event. They are excited to offer a tour of the coal handling system upgrades made to the GHECO-One’s super critical coal-fired power plant on October 12.

The GHECO-One plant is designed to operate in line with international standards, using high quality coal and state-of-the-art and environmentally friendly technology. These technologies include NOx, SO2 and Dust emission reduction facilities and Supercritical Pulverized Coal Boiler Technology with high efficiency reducing consumption of fuel and all emissions.

“We are fortunate to have the GLOW Group back for its second consecutive year as the 2015 Host Utility,” commented Jamie Reesby, Show Director. “They are a proven leader in Asia having won both the ASEAN Coal Award and the Thailand Coal Award in 2013 for best practices and excellence in production process, utilization of coal, clean coal technology, coal shipment and corporate, social and environmental responsibility. The GHECO-One tour is of particular interest because it provides the opportunity to see the coal-handling system upgrades from the jetty to the top of the silos.”

Registration is open for the 5th Annual Asian SBC Users’ Group Conference taking place October 12-15, 2015 in Bangkok, Thailand. It will kick off on the 12th with the option to attend the GHECO-One plant tour or a pre-conference workshop followed by 3 days of conference sessions providing insight on coal-handling, boiler & combustion and environmental impact at power plants.