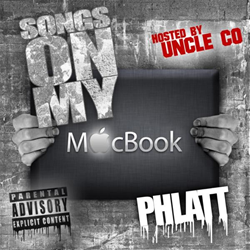 Phlatt is an unconventional artist from Inglewood, CA whose influences span many genres ranging from Reggae to Alternative Rock. He approaches every track with a mind state of creating a song, not just a 16 bar then hook method. Besides kicking a verse, Phlatt can sing, play piano, and often produces his own material. He is working on a mixtape soon to be released titled “Songs on my Macbook” followed by his debut EP titled “Day One EP.”

He has even open up for Platinum artist Knocturnal.

All music current and old can be found on SoundCloud @itsphlatt.

Phlatt can be contacted for bookings features and club appearances at rianyage_music(at)aol(dot)com.