Miami Residential Sales and Median Prices Climb in May

Median sales prices for Miami single-family homes and condominiums each registered double-digit growth while total residential sales increased in May, according to a new report by the 35,000-member MIAMI Association of REALTORS® (MIAMI) and the local Multiple Listing Service (MLS) system. 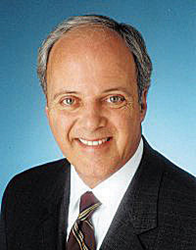 As a leading global city with world-class amenities, the Miami real estate market continued to gain momentum in May.

Median sales prices for Miami single-family homes and condominiums each registered double-digit growth while total residential sales increased in May, according to a new report by the 35,000-member MIAMI Association of REALTORS® (MIAMI) and the local Multiple Listing Service (MLS) system.

“As a leading global city with world-class amenities, the Miami real estate market continued to gain momentum in May,” said Christopher Zoller, a 27-year Miami-based Realtor and the 2015 Residential President of the MIAMI Association of REALTORS. “Existing single-family home sales increased and condominiums performed well. Even with the double-digit growth of median sales prices, Miami properties remain affordable compared to other global cities like New York and London.”

Residential Real Estate Sales Rise
Single-family home transactions — which set an all-time Miami annual record in 2014 — increased 5 percent year-over-year in May 2015, from 1,215 to 1,276. Existing condominium sales — which posted the second best year in Miami history last year despite an increase in sales of pre-construction condos — decreased 2.6 percent, from 1,489 to 1,450. Combined, Miami-Dade County residential real estate sales increased 0.8 percent to 2,726 last month compared to 2,704 a year ago.

Access to mortgage loans for existing condominium buyers remains limited. The lack of Federal Housing Administration loans for a large number of existing Miami condominium buildings is preventing further market strengthening. Of the 8,523 condominium buildings in Miami-Dade and Broward Counties, only 29 are approved for FHA loans, according to statistics released earlier this year from the Florida Department of Business and Professional Regulation and FHA. Just .0034 percent of local condo buildings are getting FHA loans. The U.S. average is 30 percent.

“The MIAMI Association of REALTORS has created several initiatives to try to increase the number of Federal Housing Association loans approved for our existing condo buyers as we believe this could significantly increase the ability for many Miami residents to buy a home,” said Danielle Blake, MIAMI’s Senior Vice President of Government Affairs & Housing.

Median Prices Register Double-Digit Growth
Single-family home prices, which again increased in May, remain at affordable 2004 levels despite more than three years of consistent year-over-year increases. Condo prices also increased in May 2015, marking 47 months of growth in the last 48 months. The median sale price for single-family homes rose 12.8 percent, up to $282,000 in May 2015 from $250,000 in May 2014. The median sale price for condominiums increased 11.1 percent in May to $207,250 from $186,500 a year ago.

Miami’s residential properties are significantly more affordable than other similar global cities, according to the National Association of Realtors 2015 Profile of Home Buying Activity of International Clients. NAR analyzed the cost of a 120-square meter condo in a number of foreign cities based on prices reported in the Global Property Guide and compared the prices against the median price of a condo in several major U.S. cities. A 120-square meter condo in Miami-Fort Lauderdale-Miami Beach cost $149,900, according to NAR. The price for the same condo in London ($960,840), Hong Kong ($776,280), and New York ($1.6 million) were at least five times higher.

Miami Real Estate Continues Selling Fast, Close to List Price
Miami single-family homes and condominiums continue to sell close to asking price, reflecting a strong consumer demand. The median number of days on the market for single-family homes remained unchanged year over year at 47 days. The average percent of original list price received was 95 percent, an increase of 0.7 percent from a year earlier.

The median number of days on the market for condominiums sold in May 2015 was 57 days, an increase of 7.5 percent from 53 days in May 2014. The average percent of original list price received was 94.1 percent, a 0.2 percent decrease.

National and State statistics
Nationally, sales of existing single-family homes, townhomes, condominiums, and co-ops rose 5.1 percent to a seasonally adjusted annual rate of 5.35 million in May from an upwardly revised 5.09 million in April, according to the National Association of Realtors. Sales have now increased year-over-year for eight consecutive months and are 9.2 percent above a year ago (4.90 million).

Statewide closed sales of existing single-family homes totaled 24,789 last month, up 7.7 percent over May 2014, according to Florida Realtors. Statewide sales of condominiums remained essentially flat last month with a total of 10,549, down 0.1 percent compared to May 2014

The national median existing-home price for all housing types in May was $228,700, which is 7.9 percent above May 2014. This marks the 39th consecutive month of year-over-year price gains.

Miami’s Cash Buyers Represent More than Twice the National Average
Cash deals represented 49.5 percent of Miami’s total closed sales in May 2015, more than double the national average. Just 24 percent of all national housing sales are made in cash, according to NAR. Cash transactions represented 56 percent of total Miami deals in May 2014. Miami’s high percentage of cash sales continues to reflect South Florida’s historic ability to attract international home buyers, who tend to purchase properties in all cash.

Condominiums comprise a large portion of Miami’s cash purchases as 63.9 percent of condo closings were made in cash in May compared to 33.2 percent of single-family home sales.

Short Sales Continue to Decline in Miami
Distressed property transactions declined in Miami due to fewer short sales and foreclosures. In May 2015, only 25.1 percent of all closed residential sales in Miami were distressed, including REO (bank-owned properties) and short sales, compared to 32.5 percent in May 2014.

Short sales and REOs accounted for 6.3 percent and 18.8 percent, respectively, of total Miami sales in May. Short sale transactions decreased 30.9 percent year-over-year while REOs decreased 18.4 percent. Nationally, distressed sales were 10 percent of sales in May, down from 11 percent a year ago.

Active Condo Listings on the Rise
Seller confidence continues to result in more properties being listed in Miami. Active listings at the end of May increased 7.1 percent year-over-year, from 16,945 to 18,141. Active listings remain about 60 percent below 2008 levels when sales bottomed. Inventory of single-family homes decreased 1.1 percent from 6,004 active listings last year to 5,935 last month. Condominium inventory increased 11.6 percent to 12,206 from 10,941 listings during the same period in 2014.

Nationally, total housing inventory at the end of May increased 3.2 percent to 2.29 million existing homes available for sale, and is 1.8 percent higher than a year ago (2.25 million).

About the MIAMI Association of REALTORS®
The MIAMI Association of REALTORS® was chartered by the National Association of Realtors in 1920 and is celebrating 95 years of service to Realtors, the buying and selling public, and the communities in South Florida. Comprised of five organizations, the Residential Association, the Realtors Commercial Alliance, the Broward County Board of Governors, the YPN Council and the award-winning International Council, it represents more than 36,000 real estate professionals in all aspects of real estate sales, marketing, and brokerage. It is the largest local Realtor association in the U.S., and has official partnerships with more than 125 international organizations worldwide. MIAMI’s official website is http://www.miamire.com.