Canadian climate change targets would turn Canada's 500,000 'snowbirds' into 'nobirds' says a new Troy Media article written by energy economist Robert Lyman for Friends of Science Society, in support of their newly published report that questions the wisdom of the G-7 carbon dioxide emissions reduction targets of 70% by 2050 (compared to 2010), while the global environmental benefit would be negligible. The 'nobirds' would mean a loss of some $22 billion to the US economy, according to a TD Economics evaluation of the 'snowbirds' contribution. 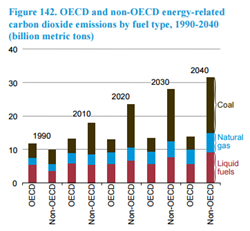 Access to air travel, which is totally dependent on petroleum fuels, would have to be severely limited

According to the Friends of Science Society's report analysis by energy economist Robert Lyman “Climate Change Targets for Canada – Examining the Implications” the reality of implementing climate change emissions reductions would be very grim. Canadians are renowned as ‘snowbirds’ for their common habit of vacationing in warmer climates like Mexico, Arizona and Hawaii in winter months. The loss of some 500,000 ‘snowbirds’ would decimate these economies too.

“Access to air travel, which is totally dependent on petroleum fuels, would have to be severely limited,” says Lyman, retired economist and federal public servant who spent much of his career working on energy, transportation and environment issues.

Lyman's assessment is further confirmed by a new Troy Media article published June 22, 2015 that he wrote for Friends of Science entitled "What signing the climate change targets will mean for you: A heart-to-heart conversation with Canadians."

However, few people would have the money to fly anyway, as Lyman points out that most major industries in Canada would have to be completely shut down in order to reach the emissions reduction targets, leaving millions of Canadians unemployed.

During the meeting of the G7 industrialized countries in June 2015, the group agreed to a “common vision” of supporting the upper end of the latest IPCC recommendation of 40 to 70% reductions by 2050 compared to 2010 recognizing that this challenge can only be met by a global response, as reported in the Wall Street Journal on June 8th, 2015.

However, Lyman points out that would mean reducing emissions by at least 495 megatons, more if Canada's economy grows at a normal pace. That is equivalent, in today's terms, to eliminating all oil, gas and coal production; ceasing all transportation by cars, trucks, aircraft and ships; eliminating all use of coal and natural gas for electricity generation; and shutting down a significant portion of Canada's energy-intensive industries like vehicle manufacturing, cement, pulp and paper, mining and metal fabrication. Reducing emissions this much would cripple the overall economy, while doing virtually nothing to ‘save the planet’ since the growth of emissions in non-OECD countries would continue to grow by leaps and bounds, as shown in the graphs of Figures 140 and 142 of the US EIA 2013 Energy Forecast Report [Forecast link: eia.gov/forecasts/ieo/pdf/0484(2013).pdf]. In fact, if every industrialized country cut emissions by 70%, and the developing countries like China and India continued on their current path, the global emissions would still be higher in 2050 than they are today.

“Reaching these emissions targets would shrink Canada's 'carbon footprint', relative to its economy and population, to levels today seen only in poverty-stricken countries like Haiti, Afghanistan, North Korea and Chad,” says Lyman. “It is difficult to imagine how an energy-hungry, highly developed country whose population is constantly growing through immigration could realistically cut emissions so drastically in so short a time.”