MEDICC Hails Re-Opening of Embassies in Havana and Washington 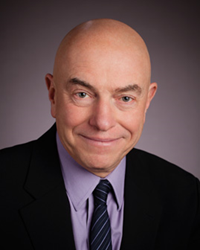 We hope the door opens to U.S. Treasury licensing of effective Cuban medications and joint research in biotech and other fields.

Medical Education Cooperation with Cuba (MEDICC) welcomed today’s announcement that the United States and Cuba are re-establishing embassies in their capitals.

“Full diplomatic relations are the foundation for a stronger, positive relationship between the U.S. and Cuba but the biggest impact for both countries and its citizens could potentially be seen in health and medicine,” said MEDICC executive director Dr. Pierre LaRamée. “We hope the door opens to U.S. Treasury licensing of effective Cuban medications and joint research in biotech and other fields. Therapeutic cancer vaccines, dengue expertise, and a new treatment for diabetic foot ulcers that helps prevent amputations are Cuban advances that could be available to U.S. physicians and their patients if Washington gives the green light. Given dangerous emerging infectious diseases such as Ebola, we also see an urgent need for cooperation to protect our own people and those in other countries.”

The U.S. embargo has been in place since 1962, and sales of medicines and medical equipment are still tightly restricted, generating few commercial opportunities for US and Cuban companies. U.S. sales to Cuba for the island’s own pharmaceutical industry are specifically banned in U.S. legislation.

The Obama Administration has opened travel to Cuba by selected groups of Americans, but has not entirely lifted the travel ban. And, despite a spate of government and trade delegations to the island, the embargo will take an act of Congress to overturn. “It is high time,” said Dr. LaRamée, “well past time, in fact, to end such a shameful policy.”

Since 1997, MEDICC has worked to enhance cooperation among the US, Cuban and global health communities aimed at better health outcomes and equity. MEDICC produced the feature film ¡Salud! and publishes the MEDLINE-indexed journal MEDICC Review. MEDICC supports research in Cuba by US health professionals, assists US students and graduates of Havana’s Latin American Medical School to return to US underserved communities, and organizes Community Partnerships for Health Equity to improve health care and access in communities such as South Los Angeles and Oakland, California; Albuquerque, New Mexico; The Bronx, New York; Milwaukee, Wisconsin; and Summit County, OH. See: http://www.medicc.org and http://www.medicc.org/mediccreview