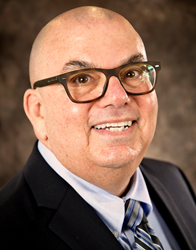 Philip’s longtime involvement and transactional expertise in the real estate industry provides us with additional support and experience in dealing with our national customers.

A graduate of the University of Miami with a bachelor’s degree, a Master of Business Administration and a Juris Doctor, Holtsberg was in private practice for 18 years. He then earned a Ph.D. from the University of Georgia, where he did basic and applied research, grant writing and teaching. He also served as assistant director for the university’s Gerontology Center and as interim director for the Housing and Demographics Research Center. Holtsberg later returned to private law practice and also offered services as a forensic psychologist.

“North American Title and its family of companies are industry leaders when it comes to customer service and product excellence,” said Holtsberg. “I look forward to joining with NAT team members across the country in striving to better serve our agents, customers and clients.”

About North American Title
With well over 1,000 associates and a vast network of branches from coast to coast, North American Title (NAT) is among the largest real estate settlement service providers in the United States. Consisting of both agent and underwriter operations, NAT reported annual net revenues in fiscal 2014 of $189 million. The company also has the resources and stability of a wholly owned subsidiary of an S&P 500 company with over $12.9 billion in assets (fiscal quarter ending Nov. 30, 2014). North American Title’s agency network operates nationally under the name North American Title Co. (NATC), and is located in 18 of the fastest-growing states: Arizona, California, Colorado, Delaware, Florida, Illinois, Indiana, Maryland, Minnesota, Nevada, New Jersey, New York, Ohio, Pennsylvania, Texas, Utah, Virginia and Washington, D.C. Through our relationship with our expanding affiliate network, NATC provides real estate settlement services in all 50 states. NAT is headquartered in Miami, Fla. To learn more, visit http://www.nat.com