New study by PsychTests.com indicates that would-be pro athletes are more likely to succeed if they possess the right personality and psychological traits. 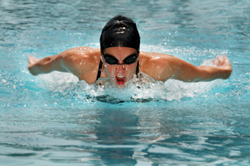 When you allow doubt to settle in your mind, you become your own worst enemy.

Every athlete who steps onto the field, the ice, or the court has a dark fear at the back of their mind – often several fears. “Will I score? Will I be the one who costs my team the game? Will I be injured? Will I be benched?” Those who believe that athletic success is strictly a matter of physical prowess are not seeing the true picture. When that top-ranked or highest-paid athlete chokes at a key moment, goes on a dry streak, gets benched, gets into trouble off the field, or doesn’t live up to expectations, chances are that he or she has hit a mental roadblock. In order to succeed, research by PsychTests indicates that athletes need to be both a physical and mental competitor.

On a bodily scale, athletes require key skills like agility, stamina, flexibility, and sheer physical toughness. They need to be able to strike that delicate balance between pushing their body to its fullest potential without risking injury. So too is the path the mind must take. Athletes need to push past chronic doubt, debilitating fears, impostor syndrome and other psychological blocks in order to gain the motivation, focus and determination to succeed. With the help of their Athlete Mental Skills Profile, PsychTests collected data from 371 athletes who aspire to play professionally. When the researchers divided the sample according to coach ratings, they discovered that “Excellent” athletes possess certain characteristics that must be nurtured if an individual hopes to be a top competitor:


Top athletes work hard and play hard. They are self-motivated and perseverant, and recognize the need for constant improvement. Athletes need to push themselves to be more and achieve more, because a team is only as strong as its weakest player.


Top athletes don’t just compete with others – they also compete with themselves, trying to beat their own record, to perform better than the last time. They have a hunger to win and refuse to be satisfied with an average performance, whether on their part or on the part of the team as a whole. “Losing” is simply not part of their vocabulary.


Faced with intimidation from competitors, pressure from fans and coaches, scrutiny by the media and other emotionally charged situations, top athletes understand the importance of maintaining their composure: One emotional outburst can have serious repercussions, whether it’s a penalty, game expulsion, or public shaming. They are able to stay calm and poised in even the most anger-inducing situations.


Top athletes approach every goal and challenge with a steadfast, “never say die” attitude. Once they set their mind to something, they will not stop until they achieve it - they don’t allow failure to deter them. It’s not enough to do their best; top athletes want to be the best, and are willing to put in gargantuan effort to make that happen.


In spite of the myriad of distractions top athletes face, from roaring fans to their own personal preoccupations, once they get themselves into a “zone,” almost nothing can break their concentration. They are able to keep their mind on the game and their eyes “on the prize.”


Even if they do find themselves plagued by self-doubt, top athletes will not allow their doubts to affect their performance. They are mentally tough and optimistic. While many athletes tend to fall victim to “head games” on the field, top performers welcome the challenge and thrive in high-pressure situations.

“What our study has shown is that elite athletes possess a unique psychological make-up,” explains Dr. Jerabek, president of PsychTests. “The excellent athletes are not only more physically tough, they are also more mentally prepared for games, less injury/accident prone, and are more comfortable with the unpredictability of a sports career – after all, there is no guarantee that you will be drafted your first year, or that you’ll stay with the same team for the rest of your career. The bottom line is that when it comes to athletic performance, athletes need to posses both physical and mental toughness – those who don’t will find themselves facing a battle not just with their competitors, but within themselves as well.”

“When you allow doubt to settle in your mind, you become your own worst enemy. This is why it’s so important for coaches to create a program that trains both the body and the mind. And that’s the reason why many professional sports teams hire sports psychologists. They understand that while a rookie athlete can look great on paper and put up amazing stats, it will be worth little if he or she crumbles under the pressure of moving up to a professional league.”

Want to assess your athletic potential? Go to http://testyourself.psychtests.com/testid/3380

Professional users of this assessment (therapists, life coaches and counselors) can request a free demo of the Athlete Mental Skills Profile or any other assessments from ARCH Profile’s extensive battery: http://hrtests.archprofile.com/testdrive_gen_1

In order to succeed, athletes need to be a physical and mental competitor.Athletes possess certain psychological traits that help them compete and persevere.