Armed with a new suite of MPA apps for mobile law enforcement, Mobile Innovations President Gary Bauer will be launching 'Generation 3 MPA' at the 110th CACP Conference and Exhibition in Quebec City - August 16 to 19, 2015. 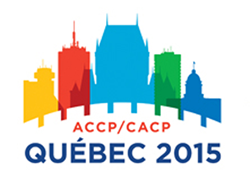 Agencies are interested in the lower cost of Android, along with security, encryption and 2-Factor authentication.

The new MPA suite of mobile law enforcement apps will be launched at the BlackBerry display during the 110th Annual Conference of the Canadian Association of Chiefs of Police (CACP) to be held August 16th to 18th at the Quebec City Convention Centre. The launch will feature demonstrations of MPANiche, and MPATrack on the Samsung Note4, the Galaxy Tab Active, featured with the Strike Alpha in-car cradle.

The new suite of enterprise police apps follows the second generation of MPA apps which were built for cross-platforming, touch screen devices; and the first generation MPA suite of apps which was exclusively for BlackBerry.

The new generation of MPA solutions suite takes full advantage of the increased screen size, as well as the voice and stylus data entry options preferred by police officers, and offered by the Note4 and Galaxy Tab and other large screen smartphones. The Canadian market also requires 2-Factor authentication, and the trend here is towards NFC SmartCards and Tokens, to get 'Tap and Authenticate' functionality.

“Agencies are interested in the lower cost of Android, along with security, encryption and 2Factor authentication, and they like seeing the BlackBerry Enterprise Server at the backend.” Explains Bauer. “Their officers are happy with how they can use the larger touchscreen surface and the voice recognition feature for completing forms easily, and for detailed reports on the spot when incident details are still fresh.”

Throughout the CACP exhibition, Bauer will be available at the BlackBerry exhibit to discuss the new generation MPA suite of solutions. In particular he will answer questions about how his company's solutions work with 2-Factor authentication, mobile forms and reports, and turnkey in-vehicle solutions.

Mobile Innovations is a privately held company dedicated to enhancing mobile computing with the most advanced mobile data products available for Android, BB10, BlackBerry, iOS and Windows Mobile smartphones and tablets. Based in Niagara Falls, Canada, Mobile Innovations also has operations in Toronto and the United Kingdom, and works with over seventy five clients across Canada, the United States and in the European Union. Mobile Innovations is a member of the BlackBerry® Alliance Program, Samsung Enterprise Alliance Program, iOS Enterprise Developers Program and Windows Dev Center Program.