New study by PsychTests.com reveals that the Greatest Generation, now 70 and older, outscores their younger counterparts on four of the Big 5 Traits. 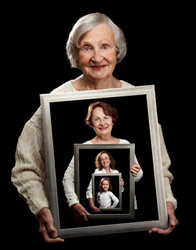 Those 70 and older, also known as the “Greatest” generation, are more even-tempered, friendly, open-minded, and diligent than younger generations.

We become who we are required to be, depending on the situations and experiences we are forced to face in our life.

They’ve been through the Great Depression and World War II, but you don’t hear the “G.I.” or the “Greatest” generation complaining. In fact, research by PsychTests using their Big Five Personality Test, an assessment that looks at the top five traits that form the basis of everyone’s personality, reveals that this 70 + generation is more pleasant, tolerant, even-keeled, and diligent than younger cohorts.

The theory is that all human beings fall somewhere on the continuum of these five traits, and that every characteristic or quirk that defines one’s personality, whether it be friendliness, assertiveness, or resilience, will fall under one of these five main categories.

When researchers at PsychTests looked at the personality make-up of 3,225 people of different ages, they discovered that the Greatest Generation has a unique personality profile compared to other age groups.

This trait encompasses overall emotional strength and the ability to withstand stress. Emotionally stable individuals are generally even-tempered, and rarely allow negative experiences to bring them down. They are good at regulating their emotions, bounce back quickly from hardship, and tend to be quite self-assured. Scores range from 0 (Neuroticism) to 100 (Emotional Stability).

Some people thrive on the company of others; some are perfectly content spending time alone. Individuals with an outward or extroverted orientation are stimulated and energized by social interaction. Individuals with an inward or introverted orientation tend to be more “thought-oriented” rather than verbally oriented, and prefer to withdraw to their own inner world from time to time, away from the hubbub of the social world. Scores range from 0 (Introversion) to 100 (Extroversion). People who fall in the middle are called ambiverts and enjoy spending time with others as well as time on their own.

This trait assesses the degree to which a person is open to novel experiences, like exploring new places, gaining knowledge, and thinking “outside the box.” Open-minded people tend to thrive on variety and spontaneity, and often possess an adventurous spirit. They are tolerant, flexible, and creative. Scores range from 0 (Close-mindedness) to 100 (Open-mindedness).

Some people are so easy to like and to get along with while others require time to warm up to. Agreeableness assesses general good-naturedness and likeability. Agreeable people are friendly and approachable, have an altruistic nature, and are not afraid to be themselves. They are willing to compromise in the face of conflict and are willing to give people the benefit of the doubt. Scores range from 0 (Disagreeableness) to 100 (Agreeableness).

The value of hard work is not lost on most people. Conscientious people are not afraid to roll up their sleeves and can always be counted on to be there when needed. They are perseverant, organized, and efficient, and will put in maximum effort into everything they do. Scores range from 0 (Carelessness) to 100 (Conscientiousness).

“The G.I. generation was forced to grow up quickly in order to face harsh realities. They dealt with war and a great deal of daunting economic uncertainty,” explains Dr. Jerabek, president of PsychTests. “All this ‘training’ could explain their higher degree of emotional stability and conscientiousness. What surprised us, however, is the fact that they are significantly more open-minded and agreeable than their younger counterparts, especially after going through the difficult experiences that defined the G. I. generation. So for them to outscore younger generations by 9+ points is an interesting surprise.”

“Research has shown that personality can change overtime, based on different life experiences - at least to some degree; it’s not completely set in stone. Our personality adapts. Essentially, we become who we are required to be, depending on the situations and experiences we are forced to face in our life. On a lighter note, it also means that anyone who uses the term ‘cantankerous’ to define older generations will be off-the-mark based on our research!”

Want to assess your personality profile? Go to http://testyourself.psychtests.com/testid/2143

The “Greatest” generation has a unique personality profile compared to other age groups.The G.I. generation outscores younger generations on four of the Big Five traits.