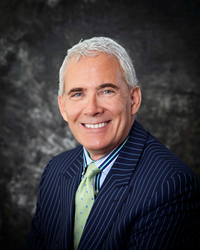 It is truly humbling to be recognized by your peers and I am delighted to be in the company of so many of my esteemed colleagues.

Dworken & Bernstein Co. L.P.A. is pleased to announce that Patrick J. Perotti has been named to the 2016 Edition of Best Lawyers, the oldest and most respected peer-review publication in the legal profession. Best Lawyers has published their list for over three decades, earning the respect of the profession, the media, and the public as the most reliable, unbiased source of legal referrals. Its first international list was published in 2006 and since then has grown to provide lists in over 65 countries.

"Best Lawyers is the most effective tool in identifying critical legal expertise," said CEO Steven Naifeh. "Inclusion on this list shows that an attorney is respected by his or her peers for professional success." Lawyers on the Best Lawyers in America list are divided by geographic region and practice areas. They are reviewed by their peers on the basis of professional expertise, and undergo an authentication process to make sure they are in current practice and in good standing.

Mr. Perotti is head of the Class Action Department at Dworken & Bernstein Co., L.P.A. and has directed more than $25 million in unclaimed class action funds to charities and non-profits in the State of Ohio over the past 10 years through the implementation of a legal doctrine called cy pres. He is also a well known Employment Law attorney and was awarded Certified Specialist Standing in Employment Law by the State Bar, a designation held by less than one percent of attorneys.

Dworken & Bernstein Co., L.P.A. is the largest law firm in Lake, Geauga and Ashtabula Counties, Ohio with additional offices in downtown Cleveland. Serving the community for over 50 years, Dworken & Bernstein and its 30 lawyers and staff of 45 offers a full range of legal services for businesses, individuals, and families.

Over $25 million distributed to charities