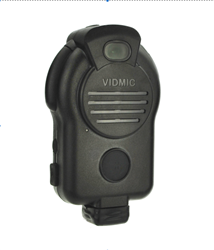 “The VidMic VX™ Body Camera was the logical choice to demonstrate the XL-200P multiband capabilities many advanced features and all-in-one speaker microphone and Body Worn Camera capabilities.” said Michael Nelson, CEO of Safety Innovations. “The technology that was demonstrated has many applications - including giving police command staff the ability to view an incident, in real time, while communicating with those involved to ensure a desired outcome.”

VidMic VX™ is a body-worn camera built into a radio speaker microphone. The combination of the two devices into one unit reduces the quantity, weight and complexity of equipment the officer wears. The VidMic VX™ has Safety Innovations’ AccuView™ technology, capable of recording video in very low light conditions. The VidMic VX™ is a fifth-generation device, based on the original VidMic™ - the first body-worn camera ever used by public safety professionals.