Jewellery Quarter Bullion Limited buys Gold.co.uk for £600,000 in what is believed to be a record for the top-level UK domain 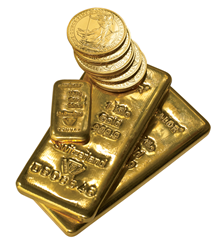 ... the domain will prove to be great value over the long term.

As domain names go, it's worth its weight in gold. British online bullion dealer BullionByPost, founded by Rob Halliday-Stein, has paid a record £600,000 to buy Gold.co.uk, smashing the previous most expensive UK domain name Cruises.co.uk by £40,000.

Like BullionByPost, Gold.co.uk offers investors a range of physical gold and silver bars and coins, but is also aimed at targeting larger investors by offering both insured delivery and secure storage facilities to store gold and silver with Brink’s.

Since the website was launched in August, six 12.5kg 'Italian Job'-style gold bars each worth £300,000 have already been sold, and sales have been buoyant, in part thanks to the increased stock market volatility and uncertainty caused by a weakening Chinese economy.

"Whilst this is a significant amount to pay I strongly believe the domain will prove to be great value over the long term," said Rob Halliday-Stein. "The Internet is now by far the UK's most important high street and this prime piece of virtual real estate and strong memorable brand.

It is already showing signs of being a great investment. “The number of web visits following each airing of the new TV advert has smashed our expectations”. Rob attributes this outperformance to the short and easy to remember domain name.

http://www.gold.co.uk was originally registered by one 'Jack Gold' before August 1996. Halliday-Stein tried to buy the domain when he launched BullionByPost in 2008 but couldn't afford the then £50,000 asking price. The domain changed hands several times before Halliday-Stein eventually bought it from a domain broker earlier this year.

Birmingham-based BullionByPost was set up by Halliday-Stein with just £10,000 and is now the UK's number one online gold dealer with sales of over £100m a year.

Whilst Gold.co.uk is believed to be the most expensive UK domain of all-time, it is still a relatively small amount compared to America's dotcom industry. In 2010 Insurance.com was sold for $35.6m.