Justice Or Else Film Screenings: The Million Man March - The Untold Story

Independent filmmaker and Howard University graduate Angela R. Muhammad, has directed an exciting new documentary, "The Million Man March - The Untold Story." The film tackles unanswered questions and educates the viewer on the original March that took place 20 years ago. 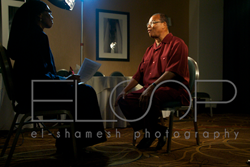 "If you haven't seen this yet, WATCH IT! If you don't have this yet, GET IT! This DVD gives a glimpse into this extraordinary and divine event that took place October 16, 1995. You will not be able to move from your seat!

As the 20th Anniversary of the Million Man March approaches with the theme of “Justice…Or Else!” on October, 10, 2015, in Washington, DC, Vanguard Television and the Washington, D.C. Ministry of Arts and Culture are proud to present free film screenings of the groundbreaking documentary, The Million Man March – The Untold Story. Screenings begin on Thursday evening, October 8th, and will continue all day Friday, October 9th, on Capitol Hill in Washington, DC. The documentary, directed by independent filmmaker and Howard University graduate, Angela R. Muhammad, addresses numerous questions, controversies and misconceptions about the Million Man March of 1995 in Washington, D.C. and offers a behind the scenes look at what occurred before, during and after the March with firsthand accounts from the Honorable Minister Louis Farrakhan, among others.

The documentary answers the following questions: What inspired the call and what caused more than one million to respond? What role did religion play? Why only black men? What happened to the money? Why a journey to the Middle East and Africa after the March? What should be done after the March?

For more information about “The Million Man March – The Untold Story” and to view the trailers, visit http://www.themillionmanmarch.org To schedule a screening, contact Anthony or Angela Muhammad at 202.705.0617 or email angelamuhammad(at)vanguardtvn(dot)com