Climate Ride Fundraising and Annual Fundraiser Enable Expansion from Successful Solar and Water Projects in Ghana which have Helped More than 40,000 Residents 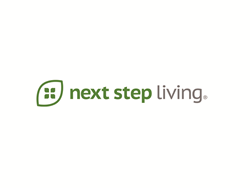 Saha Global and its philanthropic sponsor, Next Step Living, announced today that the clean energy nonprofit is expanding its services to Nicaragua, following its success in bringing clean water and energy to more than 40,000 residents in Ghana. Through the nonprofit’s fourth annual fundraiser held on September 25, Climate Ride and donor contributions, along with Next Step Living’s continued support, a total of nearly $38,000 has been raised to enable Saha Global to add a second country, Nicaragua, to its efforts to empower women to create renewable energy enterprises and bring clean water to their communities.

Nicaragua was announced as Saha Global’s second country expansion at its fundraiser, held at Boston’s W Hotel, which raised nearly $20,000. At the event, attended by more than 130 people, the organization also recognized seven Next Step Living employees, who cycled nearly 400 miles as a part of Climate Ride, a non-profit that that raises awareness and funds for sustainable practices through multi-day bike-rides. The Next Step Living and Saha Global Climate Ride Team joined Climate Ride’s Northeast 5-day biking expedition, through Maine, New Hampshire and Massachusetts on September 17, and are raising funds for Saha Global through December, with an expected goal of $28,000.

Next Step Living sponsors Saha Global through its philanthropic entity, Next Step Giving. Other sponsors of the fundraiser were Wolf Greenfield, DWELL Proper, Oasys water and KPMG.

“Our partnership with Next Step Living has been transformative for Saha Global,” said Kate Clopeck, co-founder and executive director of Saha Global. “We’ve had a 100% business success rate in Ghana by empowering women in their communities to create and run clean energy enterprises. Now we can help to empower women and support sustainable living in Nicaragua with support from Next Step Living, the Next Step Living and Saha Global Climate Ride Team as well as our donors.”

Nicaragua was chosen after a 10-country search because one-third of the people living in the rural areas have no access to safe drinking water and only 37% have improved sanitation facilities. The country also has the lowest energy generation and the lowest percentage of a population with access to electricity in Central America.

“When families are using kerosene instead of clean energy sources such as solar, and when they are living under unsanitary conditions, without healthy water use, the families suffer, and our planet suffers by increased carbon emissions into the atmosphere,” said Geoff Chapin, founder and CEO of Next Step Living. “We have been supporters of Saha Global from the beginning because its work is absolutely essential to helping families around the globe gain access to cleaner and safer energy sources. As a developed nation, it’s our responsibility to help others avoid the carbon-heavy path that we’ve taken.”

Saha Global expects to begin its Nicaragua project in spring 2016, with pilot solar businesses up and running along the Rio Coco by fall 2016. By summer 2017, the program is planned to be in full swing, with up to a dozen more solar projects in operation. Communities along the Rio Coco are very similar in size and structure to the villages in Ghana and fit the community-scale solutions of Saha Global.

The organization’s impact in Ghana has been significant in helping families live in healthier environments. Work in Ghana will continue with a planned 10 new solar businesses and 5 new water businesses to open in January.

About Next Step Living
One of the fastest-growing companies in the country, Next Step Living is a leading provider of energy solutions in the Northeast. With its cornerstone top-to-bottom home energy assessment to identify ways to save money and energy, Next Step Living and its expanding portfolio of energy-saving solutions makes it easy to take immediate action towards living more sustainably, affordably and comfortably. Headquartered in Boston’s Innovation District, the Next Step Living team is at the forefront of a more sustainable future. Please visit NextStepLiving.com for more information.