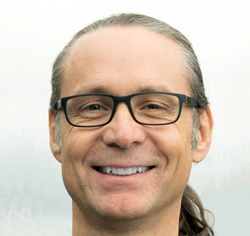 “I’m excited to join this impressive team with a product that makes a significant impact on the success of our customer’s apps”, said Charlie Morss, Vice President of Engineering at Apptentive.

Apptentive, the mobile customer communication solution for enterprise apps, today announced that Charlie Morss, former CTO of Urbanspoon, has joined as Vice President of Engineering. Morss brings over 15 years of executive leadership experience in software development, mobile technology, and platform strategy. He will lead the development of Apptentive's products to support the company's rapid growth. The Apptentive team has doubled in size since January 2015 to support its expanding customer base.

“I’m excited to join this impressive team with a product that makes a significant impact on the success of our customer’s apps”, said Charlie Morss, Vice President of Engineering at Apptentive. “I’m looking forward to helping take the company to the next level and continue to delight customers.”

“Charlie is a strong addition to the team with his notable experience building and scaling customer facing mobile apps,” said Mike Saffitz, Co-Founder and CTO of Apptentive. “We are proud to welcome such an impassioned industry veteran to help Apptentive build the next generation of customer communication tools. I look forward to the contributions Charlie will bring to the company.”

Before joining Apptentive, Morss was CTO of Urbanspoon and then of Zomato USA when Zomato acquired Urbanspoon. There he oversaw and assisted in the design, development and testing of all architectural components of a location aware application for both iOS and Android platforms to power the Urbanspoon apps which had a user base estimated at 31 million. Prior to that he was the CTO at Audiosocket where he managed a team of developers, defined the architectural direction and developed growth strategies, and the Chief Architect at AdReady where he managed the platform architecture. He has also held roles as VP of Engineering at Progressive Solutions, Software Architect at eSage Group, and Sr Software Developer/Architect at AT&T Wireless. He has a BS in Computer Science from the Rochester Institute of Technology.