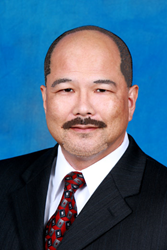 The impact on discovery will be significant, and you can imagine the anticipated disputes over the geographical scope of discovery requests

The California Fair Pay Act (S.B. 358), which amends California Labor Code §1197.5, becomes effective on January 1, 2016. “It will mean more record-keeping for many companies that operate in California, and the increased costs could burden smaller businesses,” warns Inamine, who focuses his practice on employment counseling and employment litigation.

“Decades before the federal Lily Ledbetter Fair Pay Act was implemented, California had a comparable equal pay statute in place, the California Equal Pay Act,” writes Inamine in a recent blog post at EPLI Risk, which focuses on employment practices liability insurance, Directors and Officers liability insurance carriers, and related issues. “The ‘old act’ provided equal pay protections to the opposite sex, but critics bemoaned its limitations, including a difficult burden of proof, ambiguous affirmative defense, and the lack of an anti-retaliation provision found in other employment statutes.”

Significant changes reflected in the law include a lighter burden of proof for a plaintiff, who will now only have to show they received less pay for “substantially similar work,” instead of for equal work; and for tasks that were performed under “similar,” instead of equal, working conditions, he notes. “This expanded language will lead to expanded discovery and a fight over the meaning of ‘substantially similar,’” counsels Inamine.

The former law also limited the comparable wage rates to those “in the same establishment,” which was interpreted to mean the same work site. In contrast, the new one eliminates the “same establishment” limitation, which will enable a plaintiff to use evidence of wage rates paid to the opposite sex at work sites other than the plaintiff’s.

“The impact on discovery will be significant, and you can imagine the anticipated disputes over the geographical scope of discovery requests,” Inamine observes.

The new law also eliminates a broad defense to disparate pay based upon a “bona fide factor other than sex.” The new one requires an employer to prove that each enumerated factor – such as a seniority system or merit system – is applied reasonably, and that one or more factors account for the entire pay differential.

Finally, Inamine adds, the new law expressly prohibits employers from retaliating or discriminating against employees who – for the purpose of invoking the new act’s protection – disclose their own wages, discuss co-workers’ wages, ask about co-workers’ wages, or encourage or aid co-workers in the exercise of their rights.

Employers shouldn’t wait until the new year to become compliant with the new law, he advises.

“Now is the time to conduct an audit of your employee compensation data and start thinking of issues like whether there’s a gender-correlated discrepancy in pay in your company among substantially similar work, regardless of location,” Inamine says. “If there is a discrepancy, can you prove the new act’s affirmative defenses to explain the discrepancies? It might be better to correct the discrepancies now, than face your employees and their attorneys, armed with the new act, come January 1st.”

About LeClairRyan
As a trusted advisor, LeClairRyan provides business counsel and client representation in corporate law and litigation. In this role, the firm applies its knowledge, insight and skill to help clients achieve their business objectives while managing and minimizing their legal risks, difficulties and expenses. With offices in California, Colorado, Connecticut, Delaware, Georgia, Maryland, Massachusetts, Michigan, Nevada, New Jersey, New York, Pennsylvania, Texas, Virginia and Washington, D.C., the firm has approximately 380 attorneys representing a wide variety of clients throughout the nation. For more information about LeClairRyan, visit http://www.leclairryan.com.