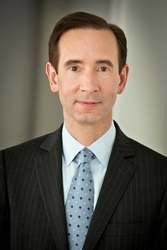 Our tenants are clearly doing well in 2015, thanks to a number of factors including the economic rebound, low gas prices and a growing equilibrium as bricks-and-mortar stores adapt for success in a technology-driven world. –Matthew K. Harding

In fact, 66.5 percent of respondents indicated their 2015 sales are equal to or better than they were at this time last year. This is the highest percentage in the six years Levin has conducted the survey. Similarly, 64.2 percent said year-to-date traffic to their stores is the same or higher year over year. With this in mind, 80.5 percent of survey participants expect their 2015 holiday season performance to equal or top 2014.

“These are very positive numbers,” noted Levin’s Matthew K. Harding, president. “Our tenants are clearly doing well in 2015, thanks to a number of factors including the economic rebound, low gas prices and a growing equilibrium as bricks-and-mortar stores adapt for success in a technology-driven world.”

The Levin survey results complement the findings and predictions of leading industry organizations. The International Council of Shopping Centers (ICSC) and the National Retail Federation (NRF) are projecting holiday sales growth of 3.3 and 3.7 percent, respectively. This compares to a 10-year average of 2.5 percent. According to NRF, consumers plan to spend an average of $805.65 on holiday merchandise, which is the highest amount in its Holiday Consumer Spending Survey’s 14-year history. ICSC reports that 95 percent of holiday shoppers intend to make a purchase in a physical store this year, reflecting the resiliency of bricks-and-mortar in the face of e-commerce growth.

An Early Start to a Steady Season
More than one third (36.0 percent) of Levin survey respondents expect their holiday sales will peak prior to and during the Thanksgiving/Black Friday weekend. Nearly half (45.3 percent) expect peak sales in mid-December through the weekend before Christmas.

“These percentages are similar to last year, indicating that ‘Black Friday’ has really become a month-long event, with many promotions starting in early November,” Harding noted. “Hanukah comes early in December this year, which will keep things busy during the first week of the month. And with Christmas falling on a Friday the mid-month time period bumps right up against the final weekend to shop.” According to ICSC, two-thirds of Americans will start shopping before Thanksgiving Day. However, only 7 percent expect to be done by Thanksgiving. Most consumers (65 percent) plan to be finished shopping by December 15.

As in past Levin surveys, many retailers plan to ramp up staffing to accommodate the holiday rush. For 2015, 31.3 percent of respondents will add seasonal team members. This compares to an average of 29.4 percent in the four previous years. Of those who plan to add staff, 80.0 percent said their number of seasonal hires will be the same or higher than 2014. NRF anticipates between 700,000 and 750,000 seasonal jobs nationwide during this holiday season, matching last year’s 714,000 holiday positions.

Here to Stay: High-Tech Holidays
Levin asked its tenants about whether – and how – they are using technology like mobile apps, social media, email and texting in their marketing mix. More than three-quarters of respondents (76.1 percent) indicated technology is, indeed, central in their efforts to reach customers. A full 89.0 percent said they will employ the same or a greater amount of tech-driven marketing during the 2015 holiday season compared to last year.

“We are an increasingly digital society, and savvy retailers are responding accordingly,” Harding said. “They are using a variety of tools as they leverage the Internet and mobile technology, in particular, to boost holiday sales.”

And there is a good chance this will help them reach customers. In a survey by G/O Digital Marketing, more than 90 percent of consumer respondents said they search for deals and discounts online prior to shopping in-store. NRF’s survey revealed that 37.9 percent of smartphone owners will use their device to research products, 28.4 percent will look up information like store hours and directions, and 20.3 percent will check on a product’s in-store availability this holiday season. Nearly half (47.5 percent) of tablet owners will use their device to research products, while nearly one-quarter (23.5 percent) will check for in-store product availability.

For Levin tenants, social media is the most popular tech platform, used by 89.2 percent of those 2015 Pre-Holiday Retail Sentiment Survey respondents who employ technology in their marketing. Within this realm, Facebook is the most popular, used by 88.4 percent of those who market through social media, followed by Google+ (used by 40.8 percent). After social media, email is the most-employed tech platform for Levin survey respondents (used by 69.2 percent), followed by banner and other Internet advertising (37.5 percent), text messaging (22.5 percent) and SEO optimization tools like Google AdWords (13.3 percent).

It looks like they are on the right track. G/O Digital believes email is still the most effective tool for reaching consumers, with more than 51.0 percent of its survey’s respondents saying they would click on an email promotion over a social media, text message or mobile promotion. However, 25 percent of respondents indicated they would click on a Facebook promotion, and G/O Digital anticipates social media “may rival email and other effective promotional outlets in the near future.” The new shopping features being incorporated by social platforms – including Facebook, Pinterest and Twitter – are likely to fuel this rise.

Levin’s next Retail Sentiment Surveys will be conducted in January, gauging 2016 optimism and plans, and in May, reporting mid-year progress and exploring technology issues. In business for six decades, Levin is one of the nation’s leading retail real estate services firms, with a strong focus in the northeastern United States and an owner’s approach to the business. Levin provides leasing, property management, accounting, construction management and marketing services for properties ranging from neighborhood, community, lifestyle and power centers, to enclosed malls, street retail, downtown stores and mixed-use projects in New Jersey, New York, Pennsylvania, Massachusetts, Virginia and North Carolina. The company specializes in repositioning, retenanting and renovating retail properties – areas that have become particularly vital for today’s institutional and individual property owners.