Badger’s CEO and VP of Innovation & Social Impact to Speak at SUSTAINATOPIA, a Leading Conference for Social, Financial and Environmental Sustainability & Impact 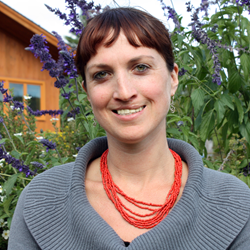 W.S. Badger Co, Inc. is a family run and family friendly company that has been making healing products for a healthy planet since 1995. Badger was born when Badger Bill, a carpenter at the time, created a recipe of natural ingredients strong enough to soothe his rough, dry cracked hands. Now a team of over 70 employees, Badger produces almost all of its products in Gilsum, N.H.

Inherent in Badger’s DNA is its status as a B Corporation, a certification earned through B Lab, a third party nonprofit that requires companies to meet rigorous standards of transparency as well as environmental and social performance. Badger has been a certified B Corp since 2011 and in 2015 became one of New Hampshire’s first businesses to register legally as a Benefit Corporation, a for-profit status that incorporates the pursuit of positive environmental and social impact in addition to profit.

In 2014, Badger was named to B Lab’s “B Corp Best for the Environment” list, which honors companies with the highest score for impact on the environment. Badger’s placement on the list validates the company’s commitment to quality, safety and the health of the community and planet.