New study by PsychTests.com reveals that scoring high on four of the Big Five personality traits is crucial to personal and professional success – regardless of social orientation. 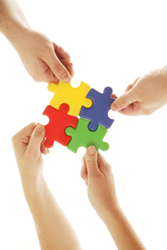 Agreeableness, open-mindedness, conscientiousness and emotional stability are crucial to personal and professional success.

An introvert can have outstanding social skills and magnetic personality, just as an extrovert may crave social contact but lack people skills … an unfortunate combination.

There are plenty of reasons why managers would consider hiring an extrovert: They’re outgoing, approachable, and thrive in positions where they work on a team or with the public. Likewise, introverts are revered for their ability to quiet their mind, focus, and tackle problems on their own.

To many managers, extroverts and introverts are as different as ostentatious red apples and subdued oranges. Socially, that may very well be the case, but recent research from PsychTests’ reveals that as long as a job candidate scores high on the remaining four of the Big Five personality traits - Emotional Stability, Openness, Agreeableness, and Conscientiousness – it doesn’t matter whether the person is an apple or an orange.

When comparing those who score high on four of the Big Five traits (excluding Extroversion), they found noteworthy differences:

“Undoubtedly, extroverts and introverts each have their individual strengths,” explains Dr. Jerabek, president of PsychTests. “But the truth is that there are other traits that are far more important than extroversion or introversion. A common misconception is that introverts tend to be socially awkward. An introvert can have outstanding social skills and magnetic personality, just as an extrovert may crave social contact but lack people skills … an unfortunate combination.”

“The amount of social contact during a typical work day should play a certain role. Extreme introverts would find jobs with constant social interaction exhausting. Extreme extroverts would not be comfortable in a position where they feel isolated. However, don’t make the mistake of typecasting introverts or extroverts. Instead, make it your mission to hire a top performer. And as our research shows, it’s someone who is agreeable, open-minded, level-headed, and conscientious.”

Want to assess your Big Five personality? Go to http://testyourself.psychtests.com/testid/3892

Aim for a top-performer; don’t worry about whether the person is extroverted or introverted.While it’s important to make sure that a job candidate’s social orientation complements the atmosphere of the job, don’t make the mistake of typecasting introverts or extroverts.