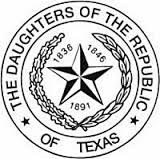 Daughters of the Republic of Texas

General Burleson performed many honorable duties for Texas as a citizen, soldier, and statesman.

In recognition of one of the state’s early forefathers, the Daughters of the Republic of Texas (DRT) will host an event celebrating the life and accomplishments of General Edward Burleson on his birthday, December 15.

Burleson served as the third Vice President of the Republic of Texas. When Texas was annexed into the United States, he was elected to the state Senate. Before his government service in Texas, he was a military commander during the Texas Revolution. Prior to his move to Texas, Burleson served in militias in Alabama, Missouri and Tennessee and fought in the War of 1812.

“General Burleson performed many honorable duties for Texas as a citizen, soldier, and statesman,” said DRT President Betty Edwards. “He was a leader in thirty-two battles, and he helped shape Texas into the great state that it has become. Perpetuating and honoring Texan founding fathers like Burleson is a large part of the DRT’s mission, and it’s something we are proud to do.”

The event will begin on Tuesday, December 15, at 11am with a wreath laying ceremony that is open to the public at the Texas State Cemetery in Austin (909 Navasota St.). The cemetery ceremony will be followed by a buffet lunch and educational program at the Gallery of the Texas State Cemetery. Dr. Burt Burleson, descendant of Edward Burleson’s brother Joseph, will be the guest speaker. Then, from 2pm to 4pm, the DRT will host an open house and reception that is open to the public at the Republic of Texas Museum (510 E. Anderson Ln.).

Seating for the luncheon is limited, and reservations are recommended. To RSVP, please call 512-339-1997 or visit http://www.drtinfo.org/members/the-republic-of-texas-museum/museum. Tickets for the luncheon are $30. Proceeds will benefit the Republic of Texas Museum. To purchase a ticket, visit the link above or mail a check to:

Historical items that commemorate the Burleson Family and other Texas Patriots will be on display at the museum. Some artifacts include: two Burleson family Bibles; double barrel shotgun awarded for exceptional service at the Battle of San Jacinto; letters from soldiers who fought at San Jacinto; portraits of Sam Houston, Edward Burleson, Santa Anna, and DRT President Generals; a simulated kitchen from the 1800’s; Phillip Dimmitt, Patriot of the Texas Revolution exhibit; “Gone to Texas” wagon recreation, and much more.

The Republic of Texas Museum is located at the DRT headquarters in Austin (510 E. Anderson Lane) and houses many artifacts from the Republic of Texas era. The mission of the museum is to preserve the heritage of that historic period and to educate the public about the history and culture of that time.

For information about the Daughters of the Republic of Texas, visit http://www.drtinfo.org/.

The Daughters of the Republic of Texas (DRT) was founded in 1891 as an organization dedicated to perpetuating the memory of the founding families and soldiers of the Republic of Texas. The organization’s mission includes perpetuating the memory and spirit of the men and women who have achieved and maintained the independence of Texas and encouraging historical research into the earliest records of Texas, especially those relating to the Revolution of 1835 and the events which followed.