Peter Tahmin presented with Out of the Box Award by PMA 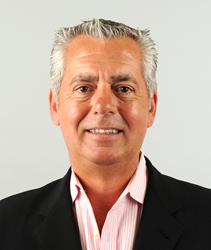 "The MailPix team is thrilled with this recognition of Peter's career and accomplishments," says Fred H. Lerner, Founder and CEO.

Peter Tahmin, co-founder and COO of MailPix, was presented with the "Unsung Hero Award" Sept. 28 by the Photo Marketing Association International (PMA), in recognition of his many contributions during his long photo industry career. Tahmin was one of several recipients during the Out of the Box Awards ceremony at the conclusion of the InnovationNow Photo Business and Technology Summit at the Parc 55 Hotel, San Francisco.

"The MailPix team is thrilled with this recognition of Peter's career and accomplishments," says Fred H. Lerner, founder and CEO.

Tahmin was chosen for this recognition because, throughout his career, he has navigated an astonishing array of technological and market changes. Like many professionals, he began his career at Berkey Marketing Companies, and later moved on to such companies as Ilford Photo and Colorfax.

In 1993, Tahmin made the jump to Digix Imaging, an Eastman Kodak subsidiary, as the director of digital services integration. For 10 years, he was the senior vice president/COO for Ritz Interactive, followed by serving as vice president of imaging and online for Ritz Camera & Image. In 2012, he joined long-time friend and partner Fred Lerner in founding MailPix.

As the imaging industry has evolved, so have Tahmin’s areas of responsibility. He is an e-commerce and mobile commerce expert. He began his career working with film, chemistry and photo paper, and now has moved to websites and mobile apps.

ABOUT MAILPIX.COM
MailPix.com is the pre-eminent site for printing photos instantly at thousands of retailers from your phone app or PC and also offers convenient mail-to-home. MailPix preserves photo memories as photo books, canvas, prints, cards, enlargements and other photo gift products. The service is seamlessly integrated to print your photos and the photos you are tagged in from Facebook and Instagram photos…and photos from any phone, device or computer. MailPix offices are located in Huntington Beach, Calif., with an additional Canadian site at http://www.mailpix.ca.

Fred H. Lerner  is the founder and CEO of MailPix, his latest startup. He previously founded Ritz Interactive, which included RitzCamera.com, WolfCamera.com and others.  Fred also founded two imaging companies which were acquired by Kodak and became the CEO of Kodak Processing Labs. He is a United Nations’ Hall of Fame recipient from the International Photographic Council and Past President of the Photo Marketing Association International.