Another Trucker Gets Shot: SBTC Challenges NRA to Back their Michael's Law Amendment to 18 U.S. Code 926A to Allow Truckers to Defend Themselves...

As the SBTC Waits for the NRA to Respond to its Request that NRA Back the Michael's Law Amendment to 18 U.S. Code 926A to Enable All Americans to Carry Across State Lines as Consumers in "Interstate Commerce," yet another Trucker Gets Shot. SBTC Chairman: "While the NRA thinks about our proposal, we are losing transportation workers to homicide at the average rate of 4 people every month." 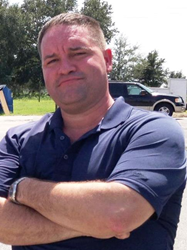 While the NRA thinks about our proposal, we are losing transportation workers to homicide at the average rate of 4 people every month.

In the aftermath of yet another trucker being shot last month-- this time, 72 year old senior citizen Lloyd Jerry Matson, Sr., who still works as a truck driver, the Chairman of the Small Business in Transportation Coalition ("SBTC") issued another statement today challenging the National Rifle Association ("NRA") to change what the SBTC Chairman believes is its current, failed course and immediately join the SBTC's "Michael's Law Amendment" bandwagon in the interest of protecting and promoting the Second Amendment rights of all Americans. According to "Livetrucking.com," Matson could not find a safe place to park and was shot after parking in an unsafe location.

SBTC Chairman James Lamb said he has yet to receive a response to his November 2015 request to the NRA for NRA's support for the SBTC's proposed amendment to current Federal law codified at 18 U.S. Code 926A. Lamb's proposed bill, referenced below in its entirety, would expand the existing Federal "Interstate Transportation of Firearms" statute into a right-to-carry law for all Americans engaged in crossing state lines whether working --or engaged as consumers-- in interstate commerce. Lamb indicated the recent shooting of Mr. Matson made the NRA's delay in responding concerning. Lamb advised there have been over 500 workers in the transportation industry murdered in the past decade, according to the US Department of Labor's Bureau of Labor Statistics.

"While the NRA thinks about our proposal, we are losing transportation workers to homicide at the average rate of 4 people every month," Lamb said.

(1) Notwithstanding any other provision of any Federal law or any Federal rule, an American citizen who is not otherwise prohibited by this chapter from possessing, carrying, transporting, shipping, or receiving a firearm shall be entitled to carry on his person in a loaded, readily-accessible capacity and transport a firearm for any lawful purpose from any place in any state to any other place in a different state in accordance with the Second Amendment to the United States Constitution.

(2) FEDERAL PREEMPTION The states are hereby preempted from regulating firearms that are transported into, out of, or through their state by an American citizen who is not a resident of that state, regardless of whether or not the firearm is carried in a loaded, readily-accessible capacity, pursuant to the Commerce Clause of the United States Constitution.

Offered as what Lamb refers to as a "compromise bill," that is-- a compromise to the SBTC's original "Mike's Law" bill that called for an national firearms permitting system for those working in interstate commerce, a bill which NRA and NRA members objected to as a special carve out bill for truckers that some feared would create a national database that could later be used to confiscate firearms, Lamb's Plan B bill, dubbed the "Michael's Law Amendment," would effect Federal preemption against anti-gun states and afford all Americans a Federal right-to-carry into, out of, or through any state. The proposed statute prohibits a state from regulating the gun rights of American citizens crossing state lines if they are not residents of that state, thus respecting "states' rights" guaranteed by the 10th Amendment.

Like the original "Mike's Law," the new bill is also named after over-the-road truck driver, Michael Boeglin who was sadly murdered and burned in his truck on June 26, 2014. Lamb advised he secured permission to name this bill after Michael Boeglin from Boeglin's widow, Ashley Boeglin. Like Matson, Boeglin, too, had been forced to park in an unsafe location due to a lack of safe nearby parking, according to a 2014 report by The Trucker.

"We believe the national reciprocity path the NRA has been on for about a decade now clearly has not worked. And even if it somehow were to get through Congress in one of its recent versions-- and were to be signed by the president-- we think it would be successfully challenged and overturned on 10th Amendment grounds at the insistence of anti-gun states that don't want to be coerced by the Federal government into accepting other states' firearms permits. That is, we believe the NRA has essentially been spinning its wheels for nearly 10 years, rather than offering its members and all pro-gun Americans a real, bona fide solution to the Second Amendment crisis. In contrast, we believe a bill like our "Michael's Law Amendment," which is firmly grounded on the 'Commerce Clause' of the U.S. Constitution, would withstand judicial scrutiny and be upheld if challenged. In other words, its time for the NRA to adopt a 'Plan B' and the SBTC's Michael's Law Amendment is it," SBTC Chairman James Lamb said today.

Lamb's 2014-2015 Petition to Congress has been signed by more than 11,000 Americans who support the gun rights of truckers like Matson, who are currently on the road without a lawful means to protect themselves.

"We listened to NRA members and heard them loud and clear. We are excited by the prospects of success if the NRA gets on board. In fact, last April, U.S. Senator Marco Rubio personally expressed to me he is in support of our right-to-carry efforts and even indicated he would sign such a gun bill into law if elected president. So we look forward to an NRA backed, Rubio-sponsored bill in the Senate and a champion in the House to stand up for Americans' gun rights," Lamb said.

Lamb indicated he hopes on behalf of nearly 9 million Americans who work in the transportation industry, many of whom are NRA members, that the SBTC would hear from the NRA that they have decided to support the Michael's Law Amendment and stand up for all Americans' gun rights in a real, meaningful way.

ABOUT SBTC
The SBTC is a network of transportation professionals, associations, and industry suppliers that is on the front lines when it comes to issues that affect transportation professionals in small business. We seek to promote and protect the interests of small businesses in the transportation industry. We support teamwork, cooperation, transparency, and partnerships among truckers, carriers, brokers, and shippers and seek to promote ethical business practices and do business with the utmost integrity.