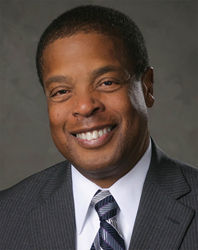 As a former NATIC agent, TJ saw the value that NATIC brings to an agent. We are fortunate to have a person with his level of experience and such a dynamic personality to be our contact with agents in these three Western states.

North American Title Insurance Co. (NATIC) has hired Tyrone (TJ) Johnson as state agency manager for Arizona, Colorado and Utah. In addition to other duties, he will oversee agency operations while securing and servicing title agents and approved attorneys throughout those states to promote new and increased business activity.

“As a former NATIC agent, TJ saw the value that NATIC brings to an agent,” said Rich Griffin, vice president, NATIC national sales manager. “The fact that he is now working for us tells a significant story. We are fortunate to have a person with his level of experience and such a dynamic personality to be our contact with agents in these three Western states.”

Johnson spent the last 15 years working for one of NATIC’s top 50 independent agents, helping build its business from the bottom up. He rose to the position of operations vice president, where he had oversight of a multioffice, statewide agency’s operational processes, personnel and administrative functions, business development and regulatory compliance.

“In my new role, I will have the opportunity to impact an agent’s business in a positive way while developing a mutually beneficial business partnership,” said Johnson. “After spending 20 years on the agency side of the business and interacting closely with a number of title insurance companies, I have great insight into what agents want and need from their underwriter. I’m looking forward to providing that ‘white glove,’ boutique level of service and support to our NATIC agents.”

Johnson attended Rochester Community College, the University of Wisconsin at La Crosse and Arizona State University. He is located at the NATIC office at 3200 E. Camelback Road, Suite 200 and 210, Phoenix, AZ 85018, and may be reached at tjohnson(at)natic(dot)com.