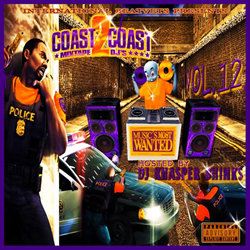 Music's Most Wanted Volume 12 is a unique collaboration of several hard working Artists worldwide showcasing their talent. Each Artist offers a different sound, which gives this project the ability to appeal to a variety of ears.

Dj Khasper Bhinks is currently seeking press opportunities, interviews, features, and more. He can be reached at the following locations: